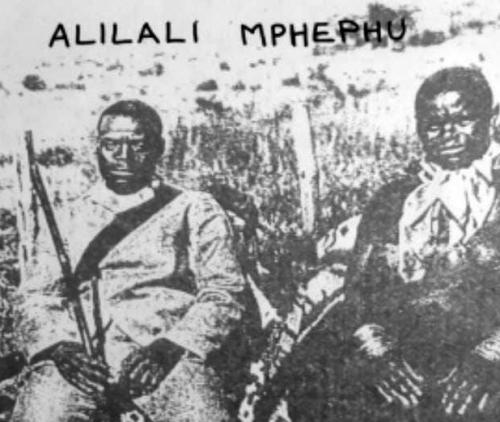 Who is the rightful heir to the Vhavenda Kingship?

The VhaVenda Kingship throne has been a hotly debated topic among the Vhavenda nation and the Mphephu royal family in particular.

In recent times two hopefuls, Toni Mphephu and Masindi Mphephu have been frequent visitors to the courts contesting the throne. So far no determination has been made by the courts and the question remains who is the rightful heir to the throne? Different theories have been put forward and maybe the best way is to revisit the family tree and its tradition.

As per tradition after the death of a King, diviners were summoned to determine the cause of death and it was also important for Vho-Makhadzi to give the rightful person the traditional instruments (Zwitungulo) which are very important to traditional leadership.

As it stands now the Vhavenda kingship throne is in crisis. The question that comes to mind is that: were the right protocols followed? In trying to answer this the family tree can be a viable solution to this problem. Before the Vhavenda warrior King Makhado ascended to his throne, there was a dispute between him and his brother Davhana, who were both Ramabulana’s children. Ramabulana had 11 sons of which only two were fighting for the throne. The other brothers who wanted Davhana to be King went to consult Vho-Makhadzi Vho-Nyakhuhu on who should become king, Vho-Nyakhuhu instructed them to go find Makhado.

Makhado later went to collect an important traditional instrument, Zwitungulo, from Davhana. History tells us that they had to fight for Zwitungulo, Makhado won and gave Zwitungulo to Vho- Nyakhuhu so that she can officially hand them over to him during inauguration. King Makhado’s reign was successful and even today he is still regarded as a hero by his people because his inauguration was done traditionally. Tshilwavhusiku tsha ha Ramabulana King Makhado ruled from 1864- 1895.

According to the Venda Luonde website, King Makhado was succeeded by his son Alilali Tshilamulela Mphephu, the first who was instructed by Makhadzi Vho-Ndalambi to go find Zwitungulo because Zwitungulo chose him over his brother Maemu, She then inaugurated him and handed him Zwitungulo traditionally.

In 1913 the Boers forced King Alilali Mphephu the First to relocate from the Ramabulana Royal Palace to the ancient capital of Dzata (Dzanani). King Alilali Mphephu the First died in 1924. With all that being said, it shows the importance of zwitungulo and Makhadzi in a Royal family and in choosing a King. There is no recorded proof that such practice is still being followed these days in choosing a king.

Maria also stated that the succession battle between Patrick Mphephu and Nkhanedzeni Freddy Mphephu divided Vhavenda traditional leaders into two groups. Nkhanedzeni Freddy Mphephu was supported by the majority whilst Patrick Ramaano Mphephu was supported by very few. It is for that reason many people left the scene because it was a turmoil that was brewing.

According to Maria the royal family knows who is the current rightful holder of zwitungulo. Surprisingly he is not the one in power. Nkhanedzeni is the last person who was handed zwitungulo and even Patrick Ramaano Mphephu did not have them. That’s why the Royal Kingdom is in crisis because it is in the wrong hands. “I have it on record that they know, I have confronted them.” she said.