Ras Clemy is back with Nyendavhusiku

His real name is Clement Nevari, but he is widely known by his stage name, Ras Clemy.

Born in Meadowlands, Soweto, 24 years ago, this resident of Dumasi village outside Thohoyandou has made a comeback with his third reggae album.

Clemy realized that he was a talented singer during his high school days. At that stage, he was an active member of the Zion Christian Church (ZCC) choir. After passing Grade 12 in 2014, he went solo and formed his own band. He released his debut album, Sadoma and Gomora, towards the end of that year.

According to Clemy, Sadoma and Gomora performed well on the market, even though it was self-marketed. He went back to the studio in 2016 and recorded his second album, Nzhoroma.  Songs such as Zion train and Nda mu fara made Nzhoroma an instant hit with fans.

Nzhoroma made Clemy the winner in the Afridzonga Music Awards during a ceremony at the Thohoyandou Town Hall in September last year.

The new release, Nyendavhusiku, was recorded at the Rabza Recording Studio in February and was released about a month ago. The album is available on CD at most of the local and Gauteng-based music outlets.

Nyendavhusiku consists of nine songs. Some of the songs making the album a “must-have” album include Rumela mulilo, Duvha la vhufhelo and the title track, Nyendavhusiku.

Clemy severely criticized radio stations that allegedly demand bribes in exchange for playing his music on air. He further stated that he would be performing at various places, including wedding ceremonies and graduation parties, in the coming months to promote his album. 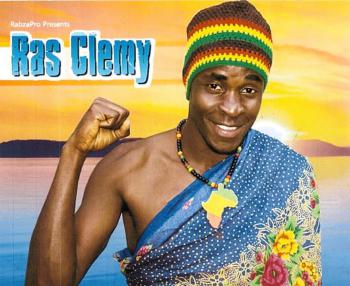