After an absence of three years, veteran gospel musician and icon Albert Mudau has surprised with a new release, Hee Vhana Idani.

Mudau, who is known for popular songs such as Ndi Lila U Dzhena, Never Fail Me Yet and Thamathama Ndi Murena, said he was under pressure from his die-hard fans who wanted a new album. “For the past three years, life was hard for me, with my fans pestering me that I should come out with a new album while at the same time my academic work demanded my full attention.”

He said that he had to choose between his music, his fans and his education and opted for education as he valued education very much. “I am now busy with my master’s degree and, fortunately, I also managed to release the album," said Mudau.

Mudau, who has eight albums under his belt and is known for his unique style of singing, says the three years’ wait was worth it. He indicated that he had come out with this bold and unique 10-track album as a result of collaboration with other well-known artists such as veteran Lawrence Mabasa, who helped with the backing.

"Collaborating with other artists makes the music industry to grow. If one listens to the album it is easy to realise the new sounds and keys and the maturity of the artists involved in the project," Mudau said.

The album can be purchased at Dakota music in Thohoyandou and Bil Sounds near the Caltex Garage in Thohoyandou. For more information, Mudau can be phoned on 066 475 8081 or e-mail him on mudaua13@gmail.com. 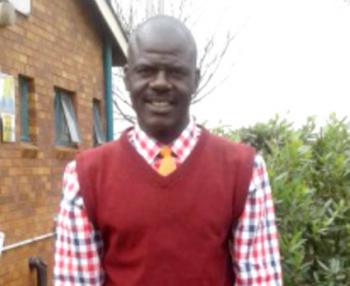