Gospel music lovers around the province and other areas attended the first Vhembe Reconciliation Gospel Music Concert at Worship House Shayandima a fortnight ago.

The festival was a huge success and, according to the organisers, it provided an excellent platform for local musicians to showcase their talent. Some of the artists that left music lovers crying for more included Rofhiwa Manyaga, Takie Ndou, Thabelo Thavhanyedza Tsiko, Ailwei Netshivhale, Phuluso Thenga, the Worship House team, Tiyani Maluleke, Palesa Ravele, Jay Msiza, Rudolph Mabasa, Gundo Gee, Lebo Sekgobela and the Nkabinde Brothers, and many more.

The organiser, Mr Kale Makharamedzha of Mop Events Management, said that the festival was aimed at providing a development platform for the growing number of local artists who leave the region to go to Johannesburg to seek opportunities. “We see the event as contributing to social cohesion and nation building, while entrenching our African identity through musical performances,” he said. “Our main aim was not to make profit from the festival, but to market our province and show our talent.”

He added that “very little is going on regarding the promotion of Venda artists in South Africa. Some artists have already released more than three albums but have never performed to an audience bigger than 200 people”.

He indicated that there were many good artists in the Vhembe District and it hurt to see things ending up in the street or being pirated without benefiting them.

He added that it was at occasions such as the festival where the area also celebrated the uniqueness of its culture. He encouraged the public to attend a similar event during the festive holidays this year. Makharamedzha thanked all the all people who attended the first festival. 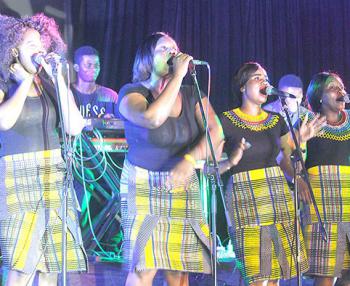