Each time the maestro of Afro-Tshivenḓa traditional music, Azwianewi Christopher Mathogo, releases an album, the foundations of the music industry vibrate and burst into joyous celebration.

With the release of his latest album, entitled Ro loiwa (a curse has been placed on us), Mathogo continues to show that his subject matter is amazing, and he is fearless in tackling issues that many people might consider taboo.

Ro loiwa was released early this week and it comprises 10 tracks that are all worth listening and reminiscent of the great Afro-Tshivenḓa traditional musicians who had come before Mathogo.

“I do not just sing for the sake of singing,” he said. “I am a composer whose mind is always poised to pen songs with amazing lyrics which leave every listener asking a lot of questions. However, the answers are with all of us – as African people we surely know that there are things which we should not do and things that should be done if we need to have peace in our land.”

Some of the songs on the album are Mudzulatsini, Vhadzimu, A no ngo luga, Zwo luga, Muthu, and Milandu. All songs were recorded at Winman Studios with master producer Emmanuel Mamphogoro at the helm. Irene Mawela played a pivotal role as vocal backing artist, and her voice added more value to the album.

Just like with all his previous albums, Mathogo strove for quality, and quality projects come with hard work. For a musician who has six albums to his name, Mathogo has experimented with the craft and he takes his work quite seriously in that he never releases an album before he is totally satisfied with its quality.

“When it comes to doing good music, I don't compromise – I would rather postpone the project's release date than dishing up shoddy work for people,” he said.

This great musician became famous and a household name with the release of his third album, Zwimangadzo, which came out in 2011. From then, he has never looked back.

“I started by drumming cans and tins while experimenting with sounds as a small herd boy at Mphireleni village in Ha-Budeli, for that's where I reside,” he said. “I also developed my singing skills in a boys' choir.”

He plays guitar in a manner that reminds listeners that Tshivenḓa music is not inferior to any other music. “I make use of the original Tshivenḓa idioms, proverbs and sayings in order to fully reach my listeners and also as a way of promoting and preserving my language and culture,” he said.

His music caters for all age groups in that he sings about issues that concern village life, the residents and citizens and the beauty of nature. 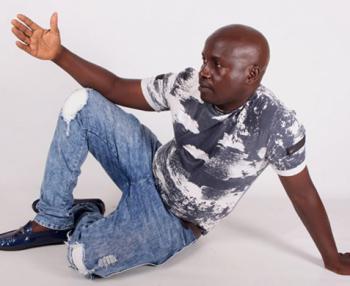