Pro Heed is back with two new hits

After some time away from the music scene while busy helping orphans through the Muphulusi Foundation, local hip-hop artist Pro Heed is back with two megahits, Gandakanda and Tshakale khamuṅwe ndi tshiswa.

The song Gandakanda is about prostitution. "This song is about women who are paving their future or feeding their families using their bodies. They do that because of the situation they find themselves in. Most of the girls who no longer have parents engage themselves in prostitution, because they don't have anyone to support them. So, in this song I was trying to advise the youth to respect their bodies," Pro Heed said.

He mentioned that he left his career in music to help orphans. "In 2017, I developed an interest in assisting orphans and children with disabilities in schools by giving them sanitary pads, toiletries, school uniforms and food. What really inspired me to start the Muphulusi Foundation was because I was touched by the large number of children without parents who go to bed without food and those who go to school without uniforms and shoes, especially during the winter season," Pro Heed said.

Pro Heed was born Sedzani Stanley Sigebe and hails from Ha-Mukununde in Niani. He started his rapping career when he was 10 years old. He said that he was ready to give the fans good music. "Before the end of the year I will release my album, Nzumbululo," he said.

So far, he has shared the stage with prominent South African musicians such as AKA, Emtee, Casper Nyovest, A-Reece, DJ Bongz, Rabs Vhafuwi, Legendary Jonas Gwangwa, Micasa, Colbert Mukwevho, and Sjava. He completed his diploma in marketing and sales at Boston City Campus and Business College in 2015. 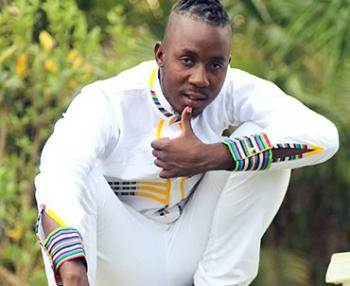