Ligevhenga is known for his hit songs

The highly talented, Mpheni-based Black Moon Ligevhenga is currently cooking up a storm in a package of three singles that will be released this month.

Some years ago, Ligevhenga released a full-length album entitled Tshiphiri (Mystery) and launched it at home as well as in Gauteng and Mpumalanga. Since then he has been composing, recording and releasing more tracks that he would share at no cost via social media. For profit or reward as an artist he relied mostly on bookings.

“Music has been one of my biggest dreams, and I know one day someone will recognise my talent, because I know I'm destined for great things,” he said.

His talent, however, has been recognised already, because his music can be heard at taxi ranks, in shops, cars and homes. “I mean, through getting some nominations for some music awards – that's the kind of recognition that I want,” he said. “It's not for me to say that I sing well; that's for my fans to say that, for I know they appreciate my music.”

Ligevhenga is known for the nonconformity of the titles of his songs. Presently, he said, the three songs he had just finished mastering were mind blasts in terms of their uniqueness of sound, lyrics and style. “It's 2 by 2 that will have people screaming the lyrics in excitement, and Kherula marukhu will make those who love music kick into the air while dancing, and O Gonya luvhondo is another anthem,” he said.

His biggest goal is to entertain people and showcase his talent. “I feel greatly blessed and honoured to have a multitude of fans who support me,” he said. “Meanwhile, I am inspired by my family. They make me want to work harder and give them everything they deserve.”

He mentioned Tshedza Mutavhatsindi, Karabo Mkhaya and MK Mafela as people who always motivated him. “These people definitely bring out the best in me as a human being and they always motivate me to be the best each day,” he said. “Without them in my life, I wouldn't have grown to get where I am right now.”

Ligevhenga's song that is currently trending is Ariho robva, on which he features Meskay. He is available on most social media platforms and can be phoned on 079 115 2043. 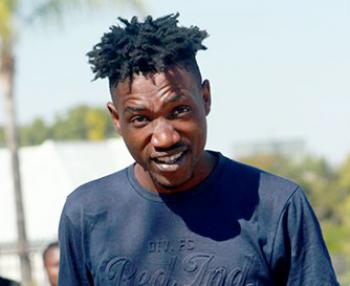