Kingdmusic said the message of this song was very clear: "I want to encourage listeners to never trade their calling for anything and to always know that they are made for more. I believe that Christians should be the trendsetters. They should be the ones influencing the world's culture to become a Kingdom culture, and not the other way around."

In Kingdmusic’s views, identity is not found in worldly things but in Christ himself. “We are in a world that says living for culture is a priority instead of living out our God’s purpose and calling,” Kingdmusic said. “I wrote this song to encourage myself and every person, young and old, who is doubting who they are in Christ. The song was inspired by the verse from Jeremiah 1:5 – “I knew you before I formed you in your mother’s womb. Before you were born, I set you apart and appointed you as my prophet to the nations”.

Born Denga Takalani, he is a vibrant musician who started singing in church at the age of 12. By the age of 14, he had started writing his own songs and recorded his first R&B single, entitled Always loving you. He released his debut album, Seasons, last year and it is doing very well on the market.

He said that he was passionate about producing songs that connected people to God. He won an Independent National Gospel Music Award in 2018 for his Upside down music video, featuring Takie Ndou.

He is a presenter at Radio Pulpit. The song is available on all digital platforms. He can be reached on 072 669 3983. 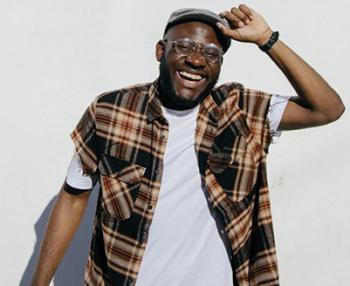