She wants this 12-track album to bring gospel-music lovers closer to God. "I want broken souls to be healed through this album and the Holy Spirit to guide them in whatever they encounter in life," she said.

The 48-year-old from Vhufuli village outside Thohoyandou worked with Mukonazwothe, Veenater, Tsiko Mal and Pastor Pandelani on this album. She started singing at the age of 22 in 1994 and later she became a choir leader at Apostolic Unity Church.

When growing up, she was inspired by artists such as Rebecca Malope and Rejoice Mukumela. "Their music are a motivation and encouragement to me," she said.

She was featured on the album of the late Jutas Makungo in 2013. She released her debut album, Zwikonwa nga Yeso, in 2016 with the songs such as Vhofanelwa and Wombvisa ngei swiswini. "Singing to me is a gift from God and a calling to serve through music. I love gospel music, because it heals my soul and those who are sick can be healed before they are prayed for by pastors," she said.

She wants young gospel artists to seek God first before they can embark on a journey of being an artist. "Seek God and these other things shall be added on to you. As artists, we are the preachers of the word and the light of the world, so let's stay humble, obey the rules and pray more and see God working through you," she said.

"Soon the fans can expect my live CD and DVD recording and expect more new songs. I'll be writing new songs," she promises. The album was produced by Ronewa Nemavhola. 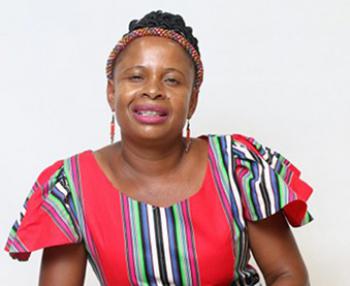