Sivhara ranks among the greats

The reggae musician Sivhara Mulaudzi ranks among the artists who still value live music for its richness and the kind of aura that it creates when performed.

Sivhara, as he is affectionately known in the music fraternity, told Limpopo Mirror that he had been singing and performing reggae music for several decades now.

“I grew up listening to good music by great artists such as Thomas Mapfumo and Joseph Hill,” said the resident of Ha-Khakhu village. “Those two artists had inspired me. So, I got to play a guitar without any dream of getting to record my music. In fact, music had lived in my blood for many decades.”

From a young age, Sivhara learned to play the guitar, keyboards, drums, and trumpet. He had also taught his wife to play keyboards, and his daughter to play the bass guitar. “I did all that because I wanted them to appreciate live music, in contrast with software ones,” he said. “Even today, I do music for the love of it and not for money. If money gets to come in, I will view it as a bonus that I will appreciate.”

He believes that music can change the world for the better, like discouraging criminal activities and motivating people to work hard and live in peace with other people. He further said that he had had gigs cancelled due to the Covid-19 pandemic but added that he hoped that things would get back to normal in God’s time.

“I was booked to perform in Mzuzu in Malawi, and Beira in Mozambique,” he said. “But it will all come all right as the coronavirus season passes.” 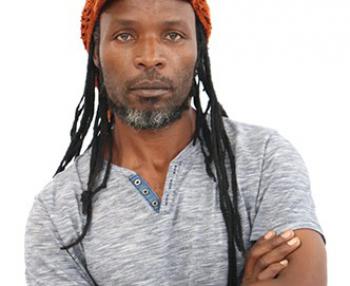