Be passionate about what you do

“Be passionate about whatever you do in life. That will yield great satisfaction and make one famous in the end,” said Freedom Boikanyo after he was recently elected provincial coordinator of the Cultural and Creative Industry Federation of South Africa (CCIFSA).

Born into a disadvantaged Musina family, Boikanyo was never deterred by his history, although rising above it was not easy.

As he grew up, Boikanyo used to be a fan of Brothers of Peace, a musical group under Kalawa Jazmee. DJ Oskido was his favourite musician. At the age of 16, Boikanyo started playing piano. Closely following his passion, he became a music producer and owner of Ekasi Enterprise recording studio.

The music journey was not an easy one. Through fundraising with his gospel group, Boikanyo managed buying some of his musical instruments.

His leadership was noted in 2006 and he was elected SRC president of Musina High School. In 2008, he became chairperson of Musina Arts and Culture. The following year he was elected event manager of Mandis Place, an entertainment spot in Nzhelele.

Seven years later, he rose to the position of provincial coordinator of the Limpopo Federation of Community Arts Centres (LIFCAC). That same year, he climbed one more step to be the LIFCAC Vhembe chairperson

Looking back at the road he travelled, Boikanyo said, “It was not easy at all, but through my hard work on 19 April 2020, I was elected provincial coordinator. I am ready to serve my province”.

He will be working hand in hand with the MEC for Arts and Culture. 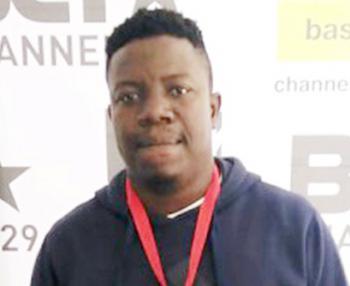