The powerful message of music ...

Albert Mamphwe, who is best known as Alos M in the music fraternity, has been facing difficult times since 2015 when he lost his job.

The highly talented artist, who had been churning out hit song after hit song for a couple of decades, came to realise that he could not afford to pay studio fees. “Losing a job is one of the worst episodes of life, which comes with a headache of its own,” he said. “Since I lost my job as a salesperson at the one of big insurance companies, I have struggled to afford studio fees,” he said. “I even lost my family because I couldn't afford to look after them. All my friends and some close relatives started to keep their distance from me.”

He stated that he had tried to get to get some piece jobs that would enable him to record a few tracks. Now he will be releasing two of the songs shortly. “The singles are Lerato and Vhumatshelo,” he said.  “I have also received immeasurable help and support from my fiancée, to whom I have just become engaged. She loves me, she understands me and my love for music.”

Alos M, who resides at Ha- Raliphaswa village, said that he considered music as a most powerful weapon to use in worship, soul healing, and helping individuals to overcome life’s daily challenges.  “Music can change people's behaviour towards other people, entertain them, make them respect one another and, mostly, the message that music sends out to people corrects them from doing illegal activities,” he said. 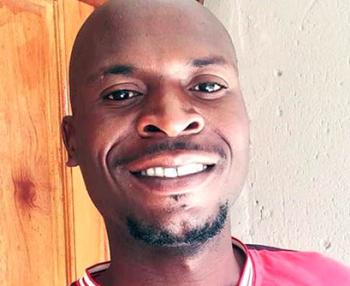