Khano Depender Mphaphuli, who goes by the name of LyeoOn, is a versatile artist from Ha-Manavhela in the Vuwani area whose music is spreading throughout the country.

He defines himself as a dedicated artist who specialises in song writing, composing, and rapping. “I discovered my talent back in May 2011 when I was chilling with my friends,” he said. “We just started rapping out of enjoyment and it was fun. However, more compliments were heaped on me on that day, with everyone agreeing that I was good at rapping.”

He fell in love with music at around age nine, but he had since pushed that to the back of his mind. “In 2012, my friends and I formed a hip-hop group. We recorded our first song, which earned us nothing, but we became the laughingstock of the village,” he said. “A lot of people were saying hurtful stuff about us, but I didn’t give up.”

He then decided to give his endeavour a two-year break and then came back with revived strength, energy, and a new, fresh style to invest in his art. “I met Theo, a fellow artist, and together we made a song entitled Turn Up, which was a success,” he said. “People loved the song so much – it had a vibey, upbeat sound to it. After that song, local rappers started complimenting me and giving me advice on how to make it in the world of music.”

In 2018, LyeoOn managed to take his music to another level with the release of Ndivhe na ene with fellow artist DJ Marumza. “While we were recording the song, people whom I had found in the studio were asking about the availability of my music on the mainstream market. They were disappointed to learn that I had not released a full-length album yet because they could see that I was highly talented.”

So far, LyeoOn is working on some new music, so that he can release a full-length album by the end of this year. “I am progressing quite well,” he said. 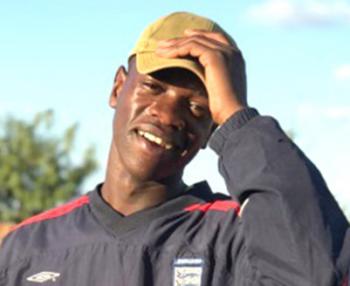