Queen Popoo, who is currently the foremost and most active female rapper in the district, said that the album was long overdue. “I had planned to release this album long ago, but then the lockdown and Covid-19 blanketed us as a country,” she said. “No pandemic can stop the arts, however, and this is quite evident in the fact that I am able to release this album during what seems to be hard times in the industry.”

“The album is available via WhatsApp and e-mail at R80,” she said. “We are still within the lockdown and we need to be innovative in how we release and sell our music. Therefore, those who need Ndi munangiwa can contact me via WhatsApp on 082 735 8269 or deposit R80 into my bank account (Capitec account number 1575156723, Ms S Dzhandzhi) and hook me up,” she said.

Born Fhatuwani Dzhadzhi at Vondo la Thavha village, Queen Popoo is a rapper whose lyrics and verses have a way of staying in the listener’s mind long after one has first heard them. She said that the only word to sum up her approach to music was ‘impact’ because music had to make an impact on people’s minds.

Inspired by South African Afro-pop star and songwriter Amanda Benedicta Antony, who is popularly known by her stage name as Amanda Black, Queen Popoo’s music is as powerful as those of her inspirers.

“I sing hip-hop and I see myself reaching higher places,” she said.

Queen Popoo is available on most social media platforms and can be reached on 082 735 8269. 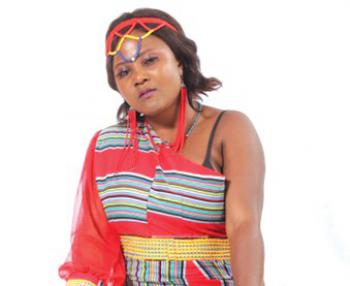