A professional educator, motivational speaker and musician, Usiane Magwabeni, has reissued her motivational book, entitled Rise Up, It’s Never Too Late, after she received massive pressure from readers who wanted the book back on the market.

She had discovered her writing talent at an early age when she was growing up at Makonde village in the Thulamela area. “I am really excited that I am contributing towards nation-building via my writings, and this surely adds joy to my heart,” she said.

She stated that the road to success was not an easy one and added that she wanted people from all walks of life to reclaim their God-given strength and power to realise their dreams.

“Rise Up, It’s Never Too Late is the book that I wrote to motivate every person, young and old, to stand up and be whatever that they have dreamed to be. It encourages everyone to gather their strength, rebuild themselves and pursue those dreams that they have initially lost because of setbacks and other disappointments that life throws at us.”

This book contains vital quotes, stories, and free verses to motivate and encourage those who will read them. “Rich motivations point towards reaching one’s dream,” she said.

She is the founder and director of a non-profit organisation, Aritikane. She is also an accomplished singer, who released her debut album, You're beautiful, some years ago. It comprises 10 tracks, and the standout songs are Mmawe, Ngoho i a todea, and Challenges.

“I started singing at a young age at church and at home,” she said. “I was greatly inspired by my parents with their love of music who encouraged me to follow my dream in music. I composed all 10 the tracks, because composing is in my blood.”

You're Beautiful was recorded by the highly talented Ananias Begwa at MB Records. 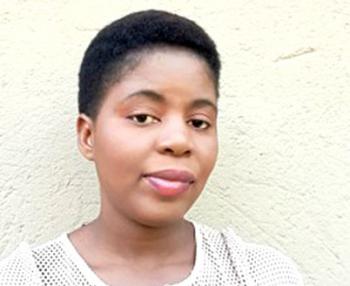