Tsireledzo “Gallado” wants to entertain and educate with his music

Tsireledzo “Gallado” Mabulele is a performer of note, whose music continues to touch the lives of many people.

“I discovered music some years ago and it all started as a joke, as I used to record music using my phone and making beats by myself at the same time,” he said. “Music means everything to me. I very much doubt that I could survive without giving my people music.”

He stated that music had some positive effects, such as the combining of good sounds with constructive lyrics that dissuade people from getting involved in criminal activities. “Music can educate the people to do better things, instead of criminal activities,” he said.

“I play music and I perform, and in the same vein I also strive to entertain and motivate and restore or repair the broken self-esteem of many,” he said.

He was inspired and motivated by Kenneth Baloyi, whom he holds in high esteem for not fearing to follow his desired dreams. “I respect him, and he also had come to respect me a lot,” he said. “He is a perfectionist, and a hard worker for that matter. There’s Kwesta, and what I like about him is that he was surprisingly creative. I sip motivation from his creative juices.”

He looks forward to creating more quality and meaningful music for the people. “So far, I have accomplished a lot in music,” he said. “I have helped many young upcoming musicians who were underrated, and I helped put them up there to be seen as good musicians. I had started a well-known music group known as Team Swili. The future looks brighter!” 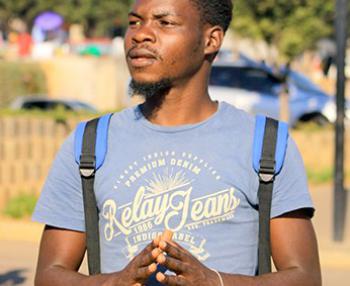