“Those who are in gospel music for the money, name or fame should know that they are on the wrong platform altogether. The main aim of gospel music should be to preach the word of God, build up broken souls and to change people’s lives. If we can all do that as gospel singers, God will bless us abundantly and success will follow us.”

More interestingly, the album is already available in major online digital music stores. “I had to make sure that my music was available on the Internet because I receive a lot of calls from people who want to buy the album. The worst part is that the lockdown restricted travel, and I had to come with a plan for people to access my music from wherever they are. The plan is working well because a lot of people are buying my music online.”

Magau encourages other musicians to sell their music online. “It is very convenient because everyone can access your music across the world. Basically, it also saves a lot of money in travel costs because you don’t have to travel to deliver hard copies of your music to your fans. Minding about those who cannot access the Internet, I also make sure that I have hard copies for those who would be buying my music in cash. But as the world is changing on a daily basis, technology is the only way to go for all the artists who want their music to be on sale worldwide. It is also important for artists to have social media platforms where their fans can interact with them at all times.”

“I have been in the music industry for a while, but I didn’t want to rush to release my own album. I had to wait for the right time to arrive as guided by the word of God and the Holy Spirit. Judging by the support from my fans, I thank God because He made it possible for me to release this album at the right time.”

Besides the title track, the album carries songs such as Tshifhambano, Mudzimu wanga, Baba Wam, Sefapanong, I need You Lord, Thanks mama, Vha litsheni vha mmbaise and Ke bone tsela.

Magau is available on Facebook (Rendi J Magau) on mobile 0762726269 (voice calls and WhatsApp) and on email (rendany.pfary@gmail.com). 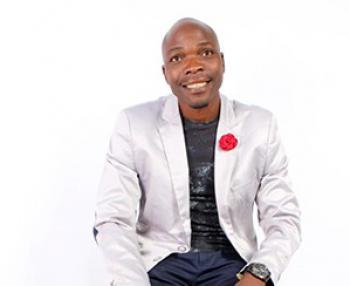