Ras Chibenga's music appeals to many

Thabelo Tshivhenga, who goes by the name of "Ras Chibenga", is one Rasta whose music is appealing because of its authenticity and freshness.

“I discovered music at a very young age, for I grew up in a family that loved music,” said the 25-year-old reggae dance-hall artist. “I sing my music in the Jamaican ragga-flow style and people who hear me sing love that a lot.”

He stated that he saw himself as a healer who used music to touch the hearts of his fans. “Music should make people feel it, no matter what, for if it doesn’t do that, then it’s not real music,” he said.

He had sung in groups such as Swaggers Records, which was led by Rotshidza Mafadza (Man Dolph) in Duthuni Tshivhambe village. After a two-year stint in the group, he started launching his solo music career under Dankie San Recordz, where Shudufhadzo “Mr Zocks” Lukoto produced his first songs, of which Baby Girl was an immediate hit.

“Baby Girl became a great hit that was loved by many people,” he said. “Those from my village would even boast about the song wherever they went, which made me realise that I was part of those elevating my village.”

He has since released more single tracks on which he featured some other artists as well. His most-loved track of all time is one that he had done with VenRap star Maanda “Racha Kill Mr 5455” Nevhutalu, entitled Ri khou phusha. He produced another hit song, entitled Ndi vhutshilo, with Ramzeey Ramalata.

“So, now I am working on my new album, called The Shining Star Album,” he said. “I have already released a sample song from it, entitled Bad Gyal (ft Mac J),” he said.

His album will come out mid-December this year. 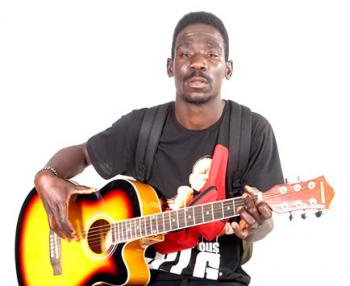