During the day, Landani Masingi cares for the health of patients at Elim Hospital, but when she is not working, she caters for the souls of people with her beautiful gospel songs.

Masingi, who hails from Malamulele, is also known as the “golden voice lady”. She has four successful albums to her name, with the latest, entitled Dnzi ta khomelela ka Yesu, released in April this year.

That the people who contributed to her music career did not live long enough to celebrate her success is most unfortunate. These include her late father, Simon, her late mother Nelly and her late brother Vusi. “All my albums are a tribute to my late father, mother and brother because they planted a fruitful seed of gospel music in my life. In fact, I grew up in church where my father was a pastor. He taught us to pray and sing gospel music to praise the Lord. My mother encouraged us to love God wholeheartedly, while my late brother was a gifted keyboard player who played for all family members to sing. I have no doubt that their souls will continue to rest in peace wherever they are because I’m still representing their will here on earth.”

Her first album, Matimba, was released in 2010 and was followed by Swa Misava in 2016. She then released her third album, entitled Hosi Yesu, in 2017, followed by her latest one, Dnzi ta khomelela ka Yesu.

The Tsonga gospel queen says about her latest offering: “This 10-track album has already shaken the local Tsonga gospel music fraternity.” She says that she does her own marketing and values the response she is receiving from the market. “I believe that, as a Christian, the power of God is helping me to overcome all the obstacles and tribulations associated with the music industry, especially when you are doing everything on your own. For now, everyone who wants my music can call me on my mobile number at 072 606 9093.”

She encourages aspiring musicians to seek education first before they venture fully into the music industry. “Education is the foundation of a successful life, and it helps you to analyse every situation you come across.” 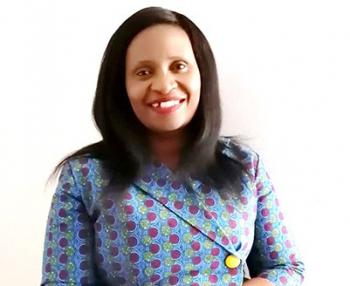