A 10-year-old boy from Vleifontein Ha-Munzhedzi could not just stand by and watch while some community members continued to abuse children. The Grade 4 learner at Munzhedzi Primary School, Rotondwa Ramatsekisa, added his voice through the release of a reggae music single, U tambudzwa ha vhana (Child abuse). The song was released at the beginning of October.

Rotondwa is the son of the famous rhumba musician, Mashudu Ramatsekisa. In the song, Rotondwa appeals to community members and parents to stop abusing children. Amazingly, the young musician has composed the song himself. Some of the lyrics in the songs are: “Ro tshinya ni rine vho mutuku. Fhasi nga u tambudzwa ha vhana. Vhoiwe vho khotsi ashu na vho mme ashu ni ri tambudzela ni. Ri kaidzwa nga u rwiwa nahone a zwi tendelwi. Mma na baba vha songo lwela phanda hashu.” Loosely translated, this means: “What wrong have we children done? Down with child abuse. Our fathers and mothers, why do you abuse us?  You apply corporal punishment to us, and it is against the law. Our parents should stop fighting before us.”

Going by his stage name of Ras Roto, the young artist says he is busy working on a full album to be released later this year. “The single is just to warn reggae music lovers that I have arrived. I love reggae music because I was inspired by Colbert Mukwevho and Madzhasi. That is why I decided to sing reggae, even when my father sings another type of music.”

Ras Roto’s father, Mashudu, said his son had always told him that he wanted to record an album. “He used to accompany me to the recording studio when I worked on my previous albums, but I never took him seriously. One day I decided to give him a chance and he surprised me with his golden voice. We immediately started working on this single that has shot him to stardom in a very short space of time. I have already sent his song to various radio stations and we are expecting airplay anytime soon.”

Mashudu says he makes sure that his son’s music career does not interfere with his schoolwork. “He is very bright at school and I make sure that he has enough time to read his books. I have also taken the responsibility of being his manager to make sure that he does not confuse his education and his music. Those who need my son’s music or who would like to book him for gigs can contact me on my mobile number at 071 110 5456 (voice calls and WhatsApp) or visit my Facebook page (Mashudu Ramatsekisa).” 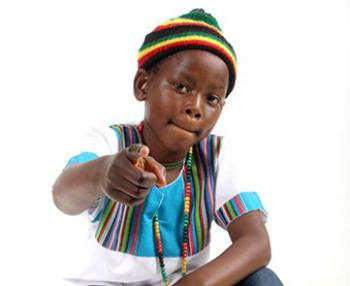