If you want confirmation of what real musical maturity and creativity are all about, listen to Burning Saul Nephawe’s latest Tshivenda Afro-Pop album, entitled Gole.

This album is a culmination of Nephawe’s undoubted experience and expertise garnered over 20 years of his musical journey. The well-arranged musical instruments, coupled with Nephawe’s punching and unique voice, make this album one of the best offerings ever produced locally. This is evinced by the surging sales and continuous prime-time airplay on various regional and national radio stations.

A renowned preacher of the word of God, Nephawe, from Makonde village, said he was not surprised by the impressive performance of his album in the market. He said: “You don’t have to take chances when you are working on something aimed at strengthening your brand that is already shining out there. You have to invest resources and get the best people to work with you in order to produce a unique and strong sound. I don’t regret spending a lot of time and fortune preparing for this album, because the fruits of my hard labour are there for everyone to see,” added Nephawe.

Nephawe has been in the music industry for ages. He used to sing in school choirs while he was still at Makonde Primary and Raluvhimba Secondary school. He was taught to play guitar by the late guitar wizard, Phineas Tshiwilowilo. He then joined reggae legend Shufflers Ragimana as a bass guitarist, vocalist, and composer.  That is where he polished his musical skills with the likes of Kenny Murabi, Phillip Tshililo, Norman Tshikalange, the late Tuff Gong Mukwevho, Vuwani Manyaga and Ras Willie. Following his musical maturity thereafter, he went solo and became a household name in the local gospel, reggae, and Tshivenda Afro-Jazz music circles.

Gole, which Nephawe describes as his best album ever, contains irresistible hit songs such as Mbofholowo, Shango langa, Tshililo tsha mbongola, Thavhani Mall, Kondelela, Mufunwa, Gole, Vhafumakadzi, Vharangaphanda and Ha vhulawi. The album is available at all major online stores and can also be purchased from Nephawe himself on his mobile number 082 217 6499 (voice calls and WhatsApp). He is also available of Facebook (Burning Saul Nephawe). 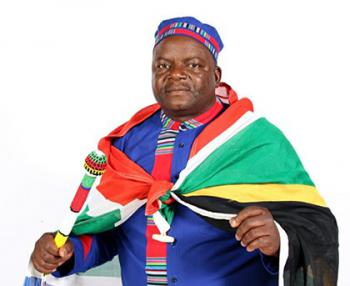