“For the past 10 years, people have been asking me to release a compilation of my best songs, but I told them that I would do so when the time is right. Now that the time is right, I have answered their prayers with the release of my 15 best songs from my previous eight albums.”

These welcome words for many fans come from Mashudu Nematoka, the multiple-award-winning master of Tshivenda love and wedding songs.

The talented artist and smart dresser from the mountainous village of Mudzidzidzi outside Thohoyandou said he had no doubt that he had made his fans happy because the release of his best songs was long overdue. He is best known for songs such as Damu li si na ngwena and Lufuno a si thendara, Nematoka.

Before going solo, he was a member of the African Golden Voice Choir at his village. The youngest of all the choir members, Nematoka was only 15 and quickly emerged to become the leader and choir conductor. He used to win the annual “Cleanest Learner of the Year” award throughout his high school years, because he dressed in a smart and neat manner, a practice he still maintains.

A renowned master of ceremonies at weddings and other social gatherings, Nematoka said he considered pleasing his fans important because they needed a compilation of his best songs over many years. “I sing to please my fans, and it is important to do whatever makes them happy. This compilation is a true reflection of my talent and identity, which distinguishes me from ordinary entertainers. I was born to entertain people, and I will continue to do so until my last day on earth.”

The compilation album, entitled The Best of Mashudu Nematoka, has already started making waves in the music industry. “Because I am either booked to perform or direct the programme every week, it makes me happy when copies of the album are sold out at every event. I usually take along 50 CD copies to any event, and I do not bring back any leftovers. Those who want my compilation can directly contact me on my mobile numbers 078 328 5135 or 081 793 6122,” said Nematoka, who also aspires to venture into stand-up comedy. 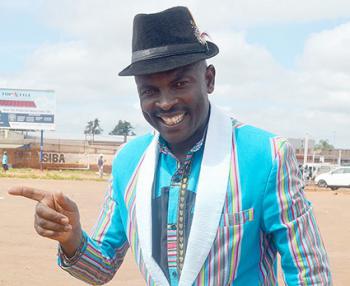 The master of love and wedding songs, Mashudu Nematoka, has released a compilation of his 15 best songs.