What started out as a Facebook story page has given birth to a book, laughs local resident Mutshidzi Nethononda.

Nethononda remembers how it began. “I started to write on Facebook without knowing that I'm an author,” he said. “I was writing stories on my Facebook page because I was bored. The page was having less than 10 followers, but for me it was nothing because I knew I was just writing. Soon my page grew as more and more people showed interest in reading what I was writing.”

The book is entitled Vhutshilo and is “about everything that happens in life here on earth”, he says. It tells the story of a boy named Mulweli, whose father goes to Johannesburg to fend for him (Mulweli) and his mother. But when the father is enticed by a woman in the big city, he forgets about those he has left at home. “He even changes his phone number in order to enjoy his life with the new wife in Gauteng,” Nethononda tells.

Life becomes very hard for Mulweli and his mother because she is pregnant, and she cannot even go out to look for a job. Mulweli then starts searching for firewood in the mountains, which he sells to people in order to buy food for himself and his mother.

“To cut the whole story short, Mulweli grows up to become a doctor. In Gauteng, his father was fired from his job. He came back to Venda, but his Gauteng wife followed, only to dump their twins onto him and walk away.”

Nethononda has realised his dream to publish his stories in book form with the financial assistance of his aunt, Vho-Matevhu Maluta. “Had it not been for her generosity, this book would not have been published,” he said. “I thank her wholeheartedly for stepping forward and helping me. She believed in my dreams.”

Those who would like to buy his book can either call or WhatsApp Nethononda on Tel 071 295 8480. Follow the author’s Facebook pages at Hayani Ha Zwitori na FloyD and Zwitori Zwa Tshivenḓa nga FloyD. 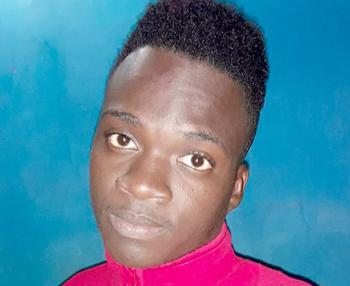 Mutshidzi Nethononda started writing a story on his Facebook page and ended up having a book published. Photo supplied.