Dj Dumza is a beat-maker whose talents are clearly reflected in the music he produces.

He was born Tumelo Rudolf Rabaloyi and lives in Muila village.

“I started singing and making beats in 2012 with a band called Classic Lotion,” he said. “I later formed my own recording label, DrumBeat Records.”

This 23-year-old musician is inspired by King Monada and Master KG because, he said, they are singers and producers who produce quality music.

“Whenever I listen to their music, I feel inspired to remain focused and to invest more in my music,” he said. “In two years’ time, I would like to see myself as a top producer right in the studio I am going to set up in my village. I already see myself recording famous artists like Makhadzi and Sho Majozi.”

Dj Dumza said that the music industry was really tough as it entailed an assiduous journey that invariably came with many challenges, but that one just had to remain strong. “Sometimes I release a song which took me many months to work on and demanded a strong budget, only to get people sharing it via social media platforms, such as WhatsApp and Facebook,” he said.

He was lucky enough to find people who were willing to support his music career and lived up to their promises. He thanked Chief Tshishonga George Muila, who bought him the studio equipment he needed, Tciko Mulaudzi for providing him with career-related advice and Shane Rambau, who had acted as his volunteer personal relations officer. 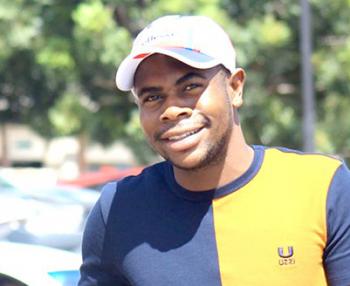