DJ Powerchri is the king of Afro Tech

Christopher “DJ Powerchri” Singo has found healing in music and he is keen to share this remedy via his songs.

DJ Powerchri, a resident of Tshiombo village, is a popular music producer and beat maker in and around the Vhembe District because of the rare skill he owns to infuse an element of uniqueness into any song that he creates.

“I discovered my talent at a very young age,” he said. “I remember I was at school making beats on the school tables, when one of my friends told me that I was talented and insisted that I should try making real things at the studio.”

He hooked up with a studio, and that was where his talent was offered the fertile ground to take root.

DJ Powerchri is mostly motivated by Cairo and Da Capo. He said that he liked their music because of its high quality, and he could relate to the genre too. “Music means a lot to me because it heals me and it calms me when the storms brew,” he said. “I find peace of mind through music. You can send a very powerful message through music and people can learn a lot through music.”

He said that he liked the fact that artists from very different parts of the world could speak the same language through music.

“Music is my passion, my life. I'm the king of Afro Tech in Limpopo,” he said. “I don't see myself doing anything other than music.” 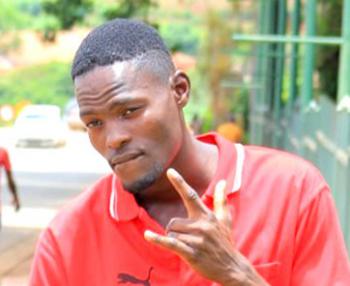