Manamani born Charlie Masala recently released a book with co-writer Gail Vermeulen, called Black son white mother, in which cultural diversity and the importance of an own identity are discussed.

The book, released in December, tells the story of how Masala and Vermeulen’s lives intertwined, and tackles the importance of cultural diversity in the workplace, which is still a sensitive issue in South Africa.

The book touches on several subjects, including politics, religion, social and corporate dynamics, and narrates a unique, diverse South African story. It challenges and navigates the reader through some of the often unspoken realities of diversity. It offers advice on how to dispel some of the myths that keep people from moving out of the space of ignorance and denial, to embracing diversity as a source of personal, business and societal transformation.

The reader will be taken on a unique journey of unlocking the potential of diversity in the workplace. The strength of the book, according to Masala, lies in its practical wisdom, that is expressed in brief, yet profound pieces of insight and advice.

“We want people to be hungry to dream, and hungry to excel,” he said, while encouraging aspiring authors to be dedicated and committed. “The best resource is the power of your mind. No one can stop you unless you decide to (let them stop you). Learn to trust the dynamics inside of you.”

He wants their book to have a strong impact on the reader. “After reading the book, the reader should be motivated to start a new thing in their life. It talks about discovering yourself and defining yourself - for yourself - and to not rely on people to define you. Once you re-define yourself, you will begin to realise your worth,” he said.

The book also encourages the reader to not give up on life, or on dreams. The content is suitable for all age groups. Those who want to order the book can contact Masala on Tel 072 482 3838. 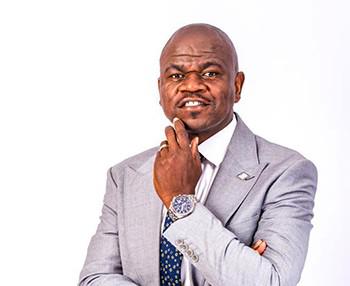