This album is packed with 11 songs and incredible renditions such as Dzula nanne, Heal our land, Morena a o kona and Ee ratang.

His first album, Yeso Oboletje, was released in 2019 and recorded at ABC Production in Thohoyandou. Gospel lovers received it with enthusiasm, and music outlets were forced to fill their shelves continuously to cater for its high demand. The enthusiastic drumbeat and well-placed sweet voices make the album a well-rounded music production, with a unique music flavour worth listening to.

Malatjie asserts that music should not be a weapon used for entertainment only, but also an avenue to bring hope to the hopeless and faith to the faithless. When asked what made his new release special, he said that he had taken his music to the next level.

He attributes the success of his album to hard work and dedication. He describes himself as a worship minister, visionary, songwriter and singer who is passionate about and eager to take God’s people back to the authentic biblical form of worship. “I believe that music is a powerful tool that we can use to heal people,” he said during an interview. “It helps us to understand that people have problems in life. We know that some people don’t want to talk about their problems and by listening to music they get to feel strengthened. Music is the food of the soul and it plays an important role in transmitting the word of God.”

His advice to young people is to concentrate on their books rather than spend their time running around. 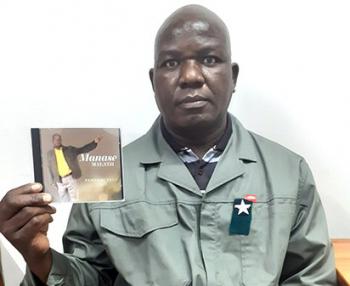