Fans of gospel sensation Newie have something to look forward to as this talented singer is releasing a full-length album, titled DziPsalme Na DziNgosha Volume 1, on 27 February this year.

Since Newie started her professional music career in 2015, she has released several successful singles.

“I worked on the concept of this type of album for the past few years. It comprises 17 songs and all of them are old hymns,” she said. “Among them are Vhuhwavho hau, Thamathama ndi Murena, Lupfumo pfumo ndi Iwe, and Dakalo ngei phanda.”

The album was recorded live at the Worship House during an amazing day of sterling performances. “I feel that this is the right time for the album to be released as the songs give hope, and we surely need more hope currently,” she said. “Though I still have dozens of my own written songs in the pool, the main reason why I decided to record old songs instead was for me to remind people of those songs that we grew up listening to.” 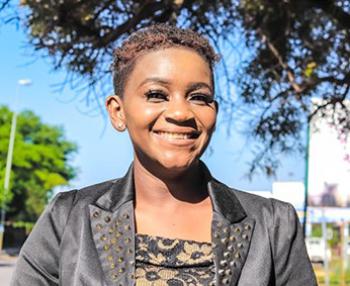