The name of Jacky Nethomboni does not need any introduction in the South African reggae music fraternity. Despite the devastating effects of the coronavirus pandemic, the legendary godfather of reggae music has emerged with a new hit album, titled Dzilafho la mutsiko (The remedy of depression).

Most reggae music lovers will concur that Dzilafho la mutsiko is the best offering that Nethomboni has ever produced in his 30-year music career. This is because the album carries distinctive, heavy bass lines, capturing jabbing and chopping sounds, harmonising melodies and constructive vocal lyrics that directly speak to the audience.

A former schoolteacher and now a full-time musician, Nethomboni wears many hats that fit him very well. He is also an experienced television actor who portrays the character of Vho-Phusuphusu in the Tshivenda soapie, Muvhango, on SABC 2. On top of that, he is involved in various projects aimed at unearthing and developing the talent of young musicians. Some of his previous albums that have put him on the map include Bako lo dzhena madi, Mukosi Thomboni, Tshi a penga and Zwi na vhane vhazwo.

About his new album, Nethomboni said that he strived for the best quality to make sure that his album would be rated among the best in the tough music industry. “I have acquired the services of highly respected sound engineer Mulalo Mukwevho of Burning Shack Studio to work on the album. He is also a bass-guitar specialist who gave this album a unique sound. Blessing Mudzanani is one of the best lead guitarists in the country, who also displays his skills on my album. The crew included Joe Mafhada on percussion, Katlego Tshoane on the saxophone, me on lead vocals and rhythm guitar and Malondolo on backing vocals. Everyone who knows music will agree that you will never go wrong with the above crew.”

For public performance and music sales, Nethomboni can be reached on his mobile number 082 081 3650. 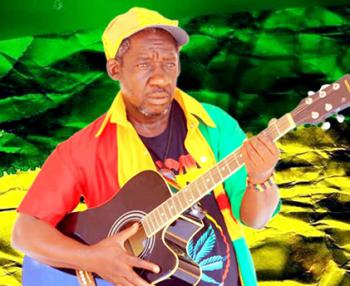