Phoenix Blackjack expresses himself through his music

Ampfarisaho “Phoenix Blackjack” Mushidzhi from Thohoyandou Block G is a singer who is quickly establishing himself in the music industry.

However, he goes against genre categorisation since he dabbles in amapiano, hip-hop and rap. “I am an artist,” he said. “As an artist I do not categorise myself under one genre. However, my main genre is hip-hop.”

He first discovered his talent in 2010 when he wrote his first verse in 16 lines, which was sort of a sonnet. He was in Grade 6 at Tshiluvhi Primary School and he gave it to fellow pupils to read, who all agreed that he had a rare talent as both a poet and songwriter.

“I would perform my own songs with the late Dzulani Ligamela, who was already into music,” he said. “We performed during school functions. I drew my inspiration from Dzulani. He was this talented artist with an astute mind.”

He added that he used music as a mode of communication as he could express his deepest feelings through it. “Through music I can express myself in various ways,” he said. “I am able to give an opinion and my distress via a song or two, and I like that. I can say music is a friend I talk to during my dark days and on my ups too.”

He believes that music can work as a medium of sending messages of hope and dissuading youths from getting involved in crime. “Not only does music bring people together, some draw inspiration from it while others gain hope after losing it,” he said. “Music also provides healing to those who are wounded, be it spiritually or emotionally.”

He draws inspiration from the music of US artist Jay Z, not only as an artist but for his entrepreneurial activities. “It is my dream to achieve what he has done so far, and I will never rest until I achieve that,” he said.

The highlights of his career include receiving a high volume of online streaming where people listen to his music and buy it. “I managed to make fans nationwide, especially in the Gauteng Province,” he said. “For me it is big having people streaming my music from other provinces. These are people who do not know me personally. I believe their opinions are true and realistic.”

Some of his best songs include Self-made (ft Obeatz), Celebrating life (ft Obeatz) and 8tawa which he did with DJ Thabz.

He is currently working on new songs with DJ Thabz, Jaleecot, DJ Mabbs and Obeatz. “People should expect a project this year, of course a full-length album,” he said. 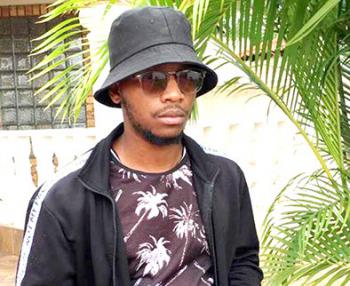