Mpho Maguwelele (24), also known as Zex Mr Pain in the music fraternity, has made a booming comeback with his most recent six-track album, which promises to set music platforms ablaze.

Zex Mr Pain does not allow his physical disabilities to stand in the way of establishing himself as a social persona. His album is titled Ngudo, which means ‘lesson’ and comprises the songs Mmane (featuring Vha-Kay), Daddy why, Vha zwi divha, Thi ngo hangwa, Musiki dzhenelela (featuring Ntsieni), and Tshinyeke (featuring Rol-Dee).

Mmane’s lyrics are about a stepmother who abuses her stepchild in the father’s absence. “This is a serious case in today’s society, and I feel that it needs to be addressed widely and in all forms,” he said.

Daddy why is about a father who tells his children he is leaving for work, and never returns to the family, while Vha zwi divhe is a love song. “It tells the listener to create memorable moments, in order to get the best out of your love life, and Thi ngo hangwa suggests that one should always forgive those who have wronged them but should never forget what they have done, so that they do not fall victim to their abuse the next time,” he explained.

During the time when the world still tried to come to terms with the Covid-19 pandemic, Zex composed and recorded Musiki dzhenelela, in which he calls upon God to intervene. “The last song is called Tshinyeke, which is a beautiful love song, featuring Rol Dee. In this song, we praise a beautiful woman, in spite of her colour, suggesting that all women from all races are beautiful.”

Zex holds the belief that people should embrace a positive attitude towards life at all times, as it helps one to deal with the hard times. “Throughout our whole life journey, we learn many lessons that help shape the social beings that we ultimately become,” he said. “All we need to do is teach the next generation these same lessons, so that they do not have to learn the hard way,” he said.

Zex runs his own studio, is a rapper, vocalist, and songwriter. “I live music and express my feelings when I sing. This is the only way I can communicate with my audience, and it keeps me free from the pains of life,” he said.

“It is very sad to hear about all the murder, rape and drug abuse among young people,” he said. “Let’s rather wage a war against crime and poverty and make the world a better place.”

Zex Mr Pain is available on most social media platforms and can be contacted on Tel 079 968 0245. 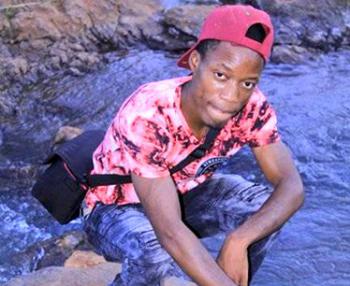