Lady-T is truly passionate about radio

If Tendani “Lady-T” Mushasha could be reincarnated, she would probably return to earth as a radio. That is how passionate this Vhembe FM radio presenter, newsreader and producer is about her job and entertaining her listeners. She practically lives, eats, and breathes radio and cannot even begin to imagine being separated from it.

“I have acquired quite a lot of experience in the radio industry over the years from the various community radio stations I’ve worked for,” she said. She has worked for Voice of Tembisa FM, Makhado FM and Univen FM before joining Vhembe FM in August 2020.

Lady-T has a qualification in broadcasting and journalism obtained at SA College. She had also obtained her national certificates in public administration and public management from IQ Academy.

The highlights of her journalistic career include being shortlisted at the MTN Radio Awards in the category for Best Newsreader in 2013, when she was still with Makhado FM. She was again nominated for Best Traditional Music Dee Jay at the South African Traditional Music Awards in 2013.

Radio journalist Thomas Mulaudzi, who previously worked with her at Makhado FM, sing high praises for Lady-T, saying that he had enjoyed working with her at Makhado FM and that he had no doubt that wherever she ventured, she would continue to make an indelible imprint and to add value. In a personal message to her in her LinkedIn.com account he added: “With the energy and devotion to duty, which speak volumes about your calibre, you will go an extra mile. Be a team player and continue to inspire others,” he said.

Apart from radio, Lady-T works for the Department of Communications as a communications officer. She is also a singer who has a voice that has that “certain sound”, as her fans would say. In her repertoire are songs such as Zwi do ni balela, Lufuno, U dochi dochi, and Vhabebi. She is currently working on a gospel song, which will be released soon.

Lady-T encourages young people to always keep themselves up to date with current affairs, so that they do not remain ignorant in a society where knowledge plays such an essential role. “Ignorance is no excuse. Youths need to take full responsibility for their own lives, or else they will find themselves living unfulfilled lives,” she said.

Lady-T currently presents the Ndilo Muthathe show on Vhembe FM, which is aired from Monday to Friday between 13:00 and 15:00. This versatile entertainer can be followed on Facebook (Tendani Lady-T Mushasha). 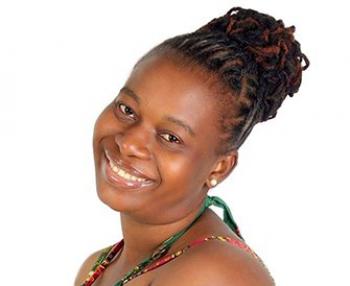