The title track, Kha ri dzule ro lugela, and the other one, Ri tshi renda Murena, are truly worth listening to. Mutele’s hard work seems to be paying off at last and the album is a clear indication of her maturing into a seasoned gospel artist.

Florence Mutele M, as she is known on stage, hails from Ha-Makuya outside Thohoyandou. She has walked a long and winding road to be where she is today. She started singing in church at a very young age and led worship songs during morning devotions at school. Before she went solo in 2018, Mutele had performed with various local gospel groups.

Her first album, Tshanda tsha Yehova, was released in 2018, followed by the second one, U hone Mukundeli, released early last year. “My previous albums had been received so well by my fans; they would not stop crying for more. I tried to explain to some of them that I was not ready for another full album, but they kept on pleading. That is why I released these two songs while I am preparing for my next full album, to be released at the end of this year.”

Mutele says she is grateful that the local people are supporting her by buying her music. Besides distributing hard copies, she uses social media such as Facebook (Awedzani Florence Mutele Makuya) and WhatsApp (076 703 0935) to sell her music. 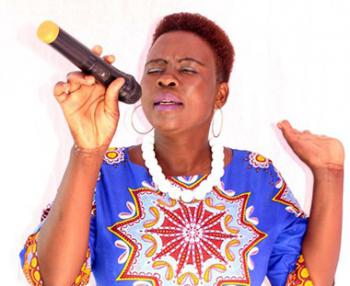