Predicate writes his future in music

Tshifularo “Predicate” Fhulufhedzani (19) from Tshivhulani village in the Thulamela area is quickly climbing the music ladder with his new tracks that are becoming more popular in music circles.

For a youngster who started writing sonnets and belting out verses when he was still in primary school to be composing and creating the kind of music that keeps music lovers on their feet and has them calling for “encore” whenever any of his songs come to an end is no small feat.

“I came to learn that most singers who started out as poets are likely to make it in the music industry,” Predicate said. “Poetry provides an artist with a solid artistic foundation because poetry requires discipline. Even when I was at primary school, I would write poems as a way of expressing my feelings in relation to what was happening around, but that changed in 2015 when I joined the music industry.”

His musical journey took an upward trajectory when he met Tshimangadzo “Se’Temm” Segari, and together they recorded a gem of a song, Funanani, which instantly gained popularity in the Vhembe District. “We also became known as ‘these two developing singers’ and we appreciated the fame and love that came from our fans,” he said. “Meanwhile, Tshimangadzo liked our collaboration and offered me to come and record at his studio, because he saw how dedicated I am and the effort I put in my work. Ever since then, I've been releasing singles nonstop,” he said.

His recent singles are Ndo neta, Thaidzo dza vhutshilo, Funanani, Ndo no zwidowela and Dear family. He stated that Dear family was his favourite song as it summed up love among family members. “Love is the cradle of human life; without love we are nothing – we are a society built on quicksand. The sand can bury us at any given time.”

Predicate, who was inspired by the likes of Colbert Mukwevho and Mutendas, said that he also understood that music was timeless, or else he would not have been enjoying the music of his role models in the industry.

Predicate’s EP, titled Elevating, is due for release early next year. “The project is all about my life as I motivate fellow youths,” he said. “I am doing music as a way of passing the message to all people out there, though. This festive season I've prepared a message to our people on a track called Ndila, which will be released on the 31st of December.”

For bookings, interested people can call Predicate on Tel 079 791 2848 or email predicatef@gmail.com. 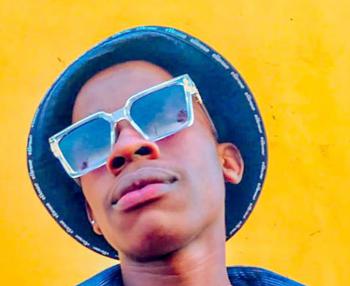