Mudau has been part of Musina FM for 13 years

Over the past 13 years, Freddy Mulambilu Mudau, better known as ‘Muduhulu wa dzindau dza Afrika’, has seen all the comings and goings at local community radio station Musina FM. While other presenters and members of the management team joined and left the station again, Mudau has stuck it out and still loves what he does, just as he did when he first went on air in 2009.

Limpopo Mirror arranged an interview with Mudau on Friday, 29 April, to find out what keeps him so committed to his job at Musina FM. He said: “As a bona fide resident of Musina, I know how difficult it was for the local community to get the broadcasting license for Musina FM. It was a pleasure for me to be part of the first crop of presenters to go on air for the first time in 2009. The radio station is one of the most important achievements of our community, post 1994. I feel inclined to protect this radio station with everything in my power to make sure that its legacy is preserved for the generations to come.”

Mudau has been involved with various programmes since then and currently presents the Mulisa wa ndele show on Sundays between 06:00 and 09:00. The programme focuses more on gospel music, sermons by different pastors and interviews with gospel-music artists.

Mudau, who works as a senior pump operator for the Vhembe District Municipality’s water services during the week, says that nothing filled his heart more than sitting behind the microphone at the studio. “Like any other institution, Musina FM also has its ups and downs, but I vowed not to quit because this is my second home. What makes me happy is that everyone gives me the respect I deserve here at the radio station. When new presenters come in, I am the one who coaches them and teaches them all the tricks of the studio. I am really honoured by the trust that the management has in me because they recognise and appreciate my experience and loyalty,” he said.

Musina FM’s station manager, Justice Langa, said they were indeed fortunate to have someone as knowledgeable as Mudau among them. “He is highly valuable to us as he knows almost everything there is to know about the operation of the studio. We are dependent on his wisdom and experience in the daily running of the radio station. Besides that, young presenters look up to him as a role model, which encourages them to work hard because they want to be like him.” 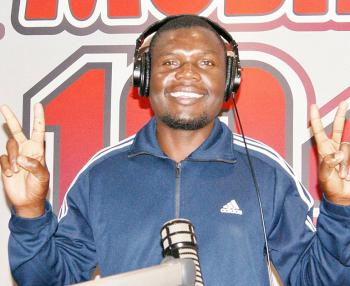 Freddy Mulambilu Mudau has been with Musina FM since its establishment in 2009.