Thomas Radzilani of Phiphidi is an introspective motivational speaker, hilarious master of ceremonies and a respected author, and he has just published his sixth book – a collection of poems, called Gwala la Covid-19.

Radzilani never considered himself a writer, but he recalls that he had always been a reader from a very young age. “I just started to write words down that were very inspiring to me,” he said.

For him, poetry is the best way to express one’s feelings and thoughts, and even to share memories about good or bad days gone by. “Poetry to me is a way to connect with the world and share the way I see the world and what I think of what I see. Most importantly, poetry allows one to be honest and speak from the heart. Poetry can be used to inspire and ignite thinking in another direction and hence enrich our lives,” he said. “Most people think poetry should be some big words that ordinary people can’t understand. I believe it should be relevant to the ordinary man.”

He has learnt that success does not so much depend on intelligence as resilience. “Most people must keep doing what they love to do most, again and again, until they get it right.”

He encourages people who identify themselves as writers to not only write for themselves, but to write for the reader as well. “A book is not just a milestone or legacy, it is a work of art. The world awaits your sense of style, your perspective on life,” he said.

Radzilani conveyed his deep gratitude to his family, friends and everyone who helped and supported him in reaching his goal and getting his poem collection published. He can be reached on Tel 083 419 0042. 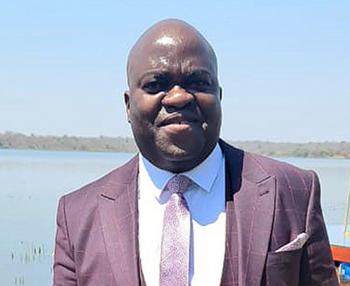