Mudau (33) is not a novice to the Tshivenda disco music scene and entertainment industry. His debut album, Vha do senga, was released in 2011, followed by another album, called Zwiita shango in 2015.

The prolific singer, who hails from Ha-Makuya Dotha, north of Thohoyandou, is the deputy president of the Tshivenda Traditional Music Organisation and is also very active in the local film industry. He started acting while he was a student at Makuya High School and played a role in the film Zwi do fhelelafhi, which aired on Soweto TV in 2011.

Asked why he stuck to disco music after all this time, Mudau replied that, even though many other artists were deserting this music genre, he still saw a bright future in it. “I have been making disco music for the larger part of my music career, and I feel fulfilled when I perform it. Someone has to preserve this genre for our future generations. Besides, there are many fans out there who still love disco music, and it is my responsibility to make sure that they are happy too, just like the fans of other music genres.”

Those who love fast-tempo dance music will enjoy songs such as Mvelephanda, A thi koni, Ngoho, Masindambilu, Venda, Zwi tshi konda, and the title track Matula. “We cannot allow this beautiful music to fade away in our lifetime. It will be good if other artists come on board too to help preserve this genre and restore it to its former glory,” he said.

Mudau can be followed on Facebook (Roanda Mudau). For album sales or bookings, he can be reached at 063 750 0933 (voice calls and WhatsApp). 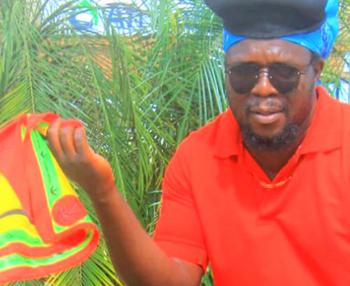 Rofhiwa Ronald Mudau, aka The Lion, is back in the studio recording his third Tshivenda disco music album. Photo supplied.