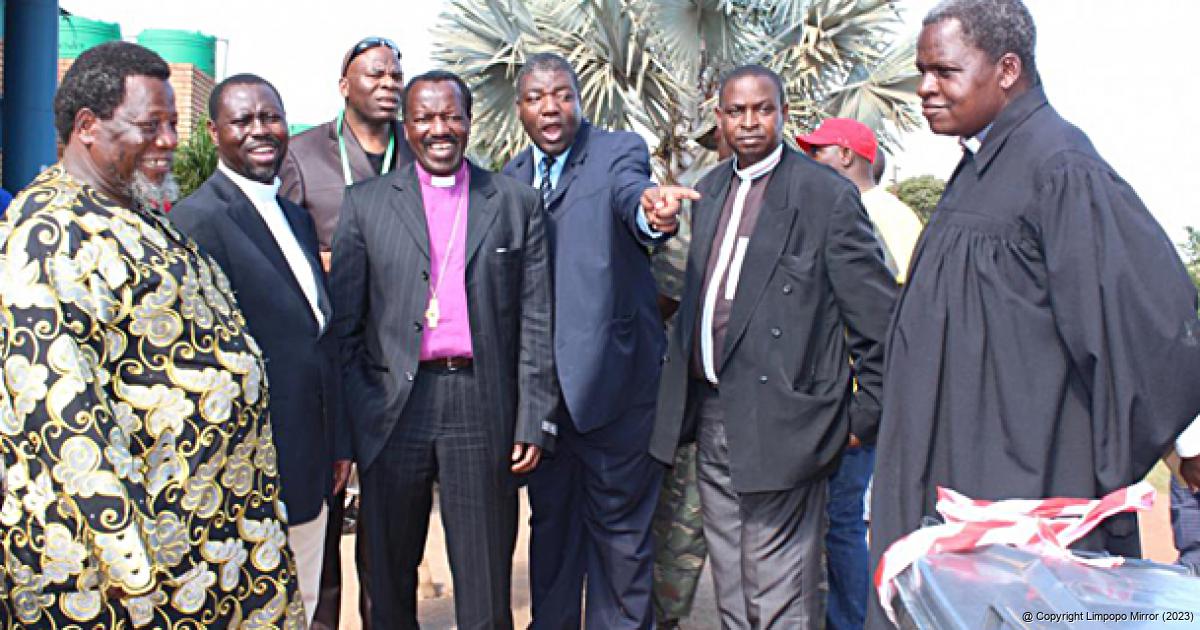 Activist clergy who rubbed shoulders with Tshifhiwa Muofhe photographed at the public lecture.

In a poignant reminder of the injustices of apartheid, the pastor who was to officiate at the funeral of Tshifhiwa Muofhe wept when he prayed at the dead activist’s grave, 31 years after his death.

“I am the one who officiated at Muofhe’s wedding, but when he died, the system that ruled our country refused me, an African, to pray at the grave of an African in Africa,” said Dr Elija Maswanganyi, the well-known Tzaneen cleric, as he wept.

Later, at the Matatshe prison, Judge Tshifhiwa Maumela of the North Gauteng High Court talked of the conditions at Matatshe Prison when he and the late Muofhe were incarcerated by the former Venda police in 1981. Speaking during the unveiling of the plaque outside the cell in which Muofhe died at the hands of the police, Maumela said each of the detainees was dumped in a small cell and one had to sleep and exercise there.

The Deputy Minister for Correctional Services, Adv Ngoako Ramatlhodi, unveiled a plaque in honour of the late activist with these words: In honour of Tshifhiwa Muofhe who bravely fought and laid down his life in the struggle against oppression so that all South Africans may be free and be equal before the law.

Ramatlhodi, pastors and members of the Muofhe family laid a wreath in the Medium B centre single cell, number 2, where Muofhe died. In unveiling the plaque, Ramatlhodi said they were marking a site where one of their heroes died.

Earlier on at Matatshe, Ramatlhodi had addressed offenders on how they can be reintegrated into society after spending a term in prison. He later on went to conduct the Tshifhiwa memorial lecture, in memory of the late leader, at Charis Church in Makwarela. He shared the stage with Muofhe’s long-time friend, Dr Tshenuwani Farisani of the Lutheran church.

Muofhe was a lay preacher, an activist of note, who was killed shortly after MK bombed the Sibasa Police Station on October 31, 1981, leaving several policemen dead.

One of the highlights was when more than 20 motorbikes drove around Thohoyandou, retracing Tshifhiwa Muofhe’s steps. They went to his house, to the torture centre in Sibasa, to the then Sibasa Police Station, to Beuster Mission and the Matatshe Prison, to the cemetery where he was buried.

Prayers were said at each place which had touched his life.

Many activists who were active in the 80s attended the event and the road show, which was hugely supported.