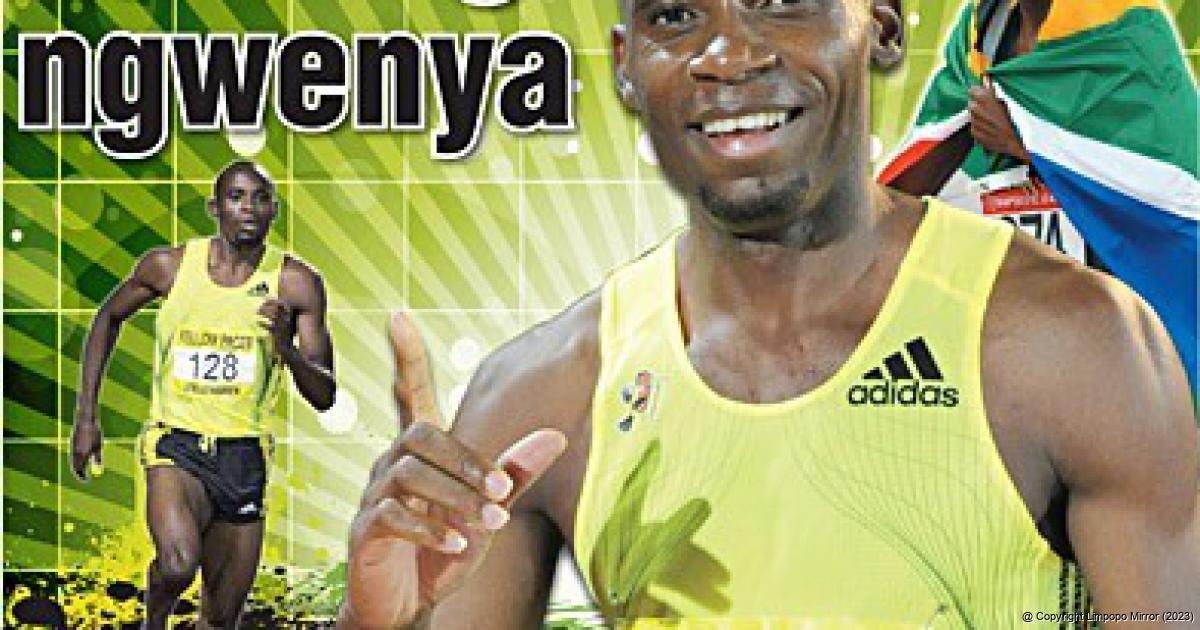 The whole of South Africa, and especially the athletics fraternity, has been shocked by the death of former 800 meter Olympic silver medallist Mbulaeni Mulaudzi (34), but it is difficult for his family to come to terms with the incident.

He died in a car crash last Friday. He was driving alone on the R555 between Ogies and Witbank in the early hours of Friday morning when his car overturned. He was on his way to a meeting of Athletics South Africa in Johannesburg.

His father, Mr Mukondeleli Mulaudzi said to Limpopo Mirror that the family, and especially his mother, was struggling to cope after they received the devastating news. He said they were receiving support from the community, who have been flocking to Muduluni village since early Saturday morning.

“We accept what has happened. The members of our community are very supportive; they arrived here as early as six o’clock and are still coming to support us. His mother is still in great shock and very weak,” he added.

Mr Mulaudzi said that the area had lost a role model who was dearly loved and respected. "He grew up a disciplined boy and we are very proud of all his achievements."

Mbulaeni attended Mmbambada Primary School and then went to Kutama High, where he matriculated.  In 2000, he received a bursary from the Vaal Triangle Technikon and was studying sports management at that institution.

His running career started on the dusty roads and sports fields of his village. He later won the national junior title, but after beating international star Hezekiel Sepeng, Mulaudzi began to gain in confidence. His former coach, Mr Makonde Makhumisani, said that he had invited Mbulaeni to train with him when the athlete was in Grade 9. He further said that he remembered when he participated in his first provincial competition at Polokwane, Mbulaeni ended stone last.

The Limpopo provincial government says it will help the family of Mbulaeni with the funeral arrangements. The acting premier and MEC for the Treasury, Mr Rudolph, Phala led a delegation to the Mulaudzi home on Monday. Phala said that a memorial service would be held today (Friday) and he would be laid to rest on Saturday. "We have set up a team with the Makhado, Capricorn and Vhembe municipalities and that team will be working on all the preparations. The memorial service on Friday will be for the whole province and the family of Mulaudzi. It will take place at the TWCC Church in Midoroni and will start at 14:00. The funeral will take place at Muduluni."

It was also announced that Pres Jacob Zuma would visit the family on Friday. He will be attending an event in Giyani, but will first pay his respects at Mudulini.

Mulaudzi's family has thanked South Africans for their overwhelming support during this difficult time. Family spokesperson Lutamo Ramuedzisi says, "We appreciate the fact that the government has decided to come on board because Mbulaeni was an international icon."

Mulaudzi is survived by his parents, three sisters and son Mulisa (10), who is in Grade 6.

Many years ago ... Mbulaeni Mulaudzi (third from left), photographed with his sisters.

A young Mbulaheni Mulaudzi, photographed with a fellow athlete, Sagagamba, during an athletics meeting at the Thohoyandou Stadium.