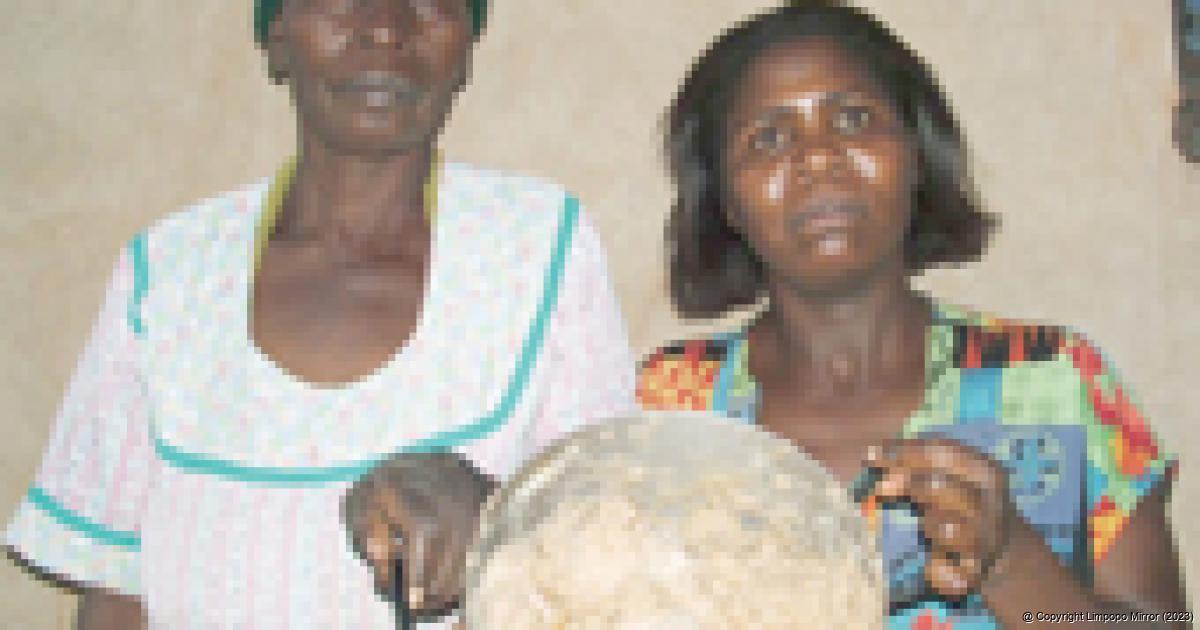 MAKONDE – Ms Mmbangiseni Negota (37) of Makonde village, north of Thohoyandou, was shocked when the white porridge she was preparing for her family suddenly turned brown on Sunday.

Our interview with Mbangiseni was constantly interrupted by scores of villagers who came to see the mysterious porridge, the first in the history of the village. The visibly shocked Mmbangiseni told Mirror what happened:

“As usual, I was preparing the afternoon meal, without any suspicion. What I don’t understand is that the white maize meal in use had been there for some time and the porridge never changed before. I noticed that something was wrong with the colour of the porridge while I was busy cooking and I did not take it seriously at first. I thought my eyes were deceiving me and I continued cooking. After some time, I realized that what I was seeing was serious. I then called my neighbour, Tshinakaho Gangazhe, to come and witness the porridge. Within some minutes, my home was full of people who wanted to see the porridge. I never thought this “evil” thing would ever happen to me. I only heard this happening to other people in other villagers. What wrong have I done to deserve all this? This is surely the works of the devil and the witches, but this will never work because I believe in the powers of the Lord…”

Mmbangiseni said she bought the maize meal at the local supermarket and she had not encountered any problem with it before. “After the first porridge changed the colour, villagers persuaded me to cook the second one in their presence. This one never changed and I can’t understand why the first one changed. I think there are people who are practicing witchcraft to destroy my family…”

Mmbangiseni says the porridge tastes very bitter and it is clear that it is contaminated with something unusual. “I tasted a very small sample while the porridge started changing colour in the pot and my tongue is very painful. I definitely have to see a doctor because the pain is getting worse. I even touched the porridge and my hand has been very painful since then…”

Mmbangiseni’s neighbour, Azwifarwi Malume, was also complaining of pain in her hand after touching the porridge. “I only wanted to feel the texture of the evil porridge but I now regret doing so because my hand is burning with pain. This is the worst kind of witchcraft I have ever come across…”

Mmbangiseni’s husband, Freddy, said he was retuning from a local stream when he found a bemused throng of people at his home. “I instructed my wife to keep the porridge in a safe place so that we may show other villagers what we came across. Why on earth did this happen to us? This is very mysterious and the safety of my family is no longer guaranteed…”

Inspector Nkanukeni Raedani of the Thohoyandou SAPS confirmed the incident and said police will conduct forensic tests on the samples of the porridge.

“We immediately visited the family after we received the information about the porridge. We have taken samples of the porridge and these will be sent urgently to our forensic department for tests. The results of the tests will be communicated to the family as soon as they are available…”

* It is not the first time for Mirror to report on events of this nature. Earlier this year, flowerpots were mysteriously flying and smashing windows at the home of the Phidza family, in Lwamondo village. The Musekene family of Hadumasi also had the same problem when their white porridge suddenly turned yellow. Another family at Halambani was terrorized by evil stones from nowhere that destroyed their house in 2003. Stone particles came out of the princess’s private parts at Hakutama a few years ago. Evil fire from nowhere also terrorized a family at Makongoza, Nzhelele, some years ago.