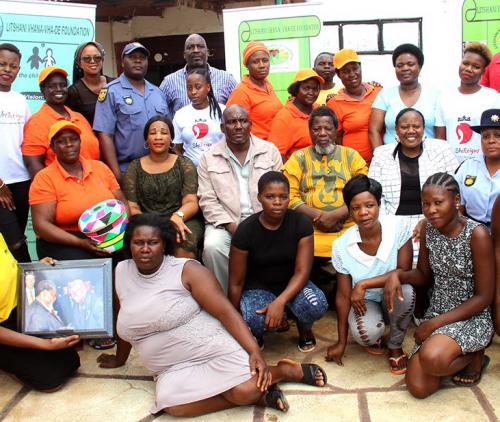 Women told not to keep quiet

As part of the commemoration of International Women's Day, the Litshani Vhana Vha De Foundation (LVVF) at Muledane, in partnership with Women’s Hope Education and Training Trust (WHEAT) hosted its first dialogue and awareness programme on gender-based violence last Wednesday.

The dialogue, which was held at the foundation's centre at Muledane, was attended mainly by women.

Presenters during the dialogue included Dr Josephine Mudau from Univen and Dr Tshenuwani Farisani, well-known cleric and a board member of the Safer South Africa Foundation. The facilitation and panel members included officials from the office of the mayor in Vhembe, the South African Police and the Institute for Gender and Youth Studies at Univen.

The managing director of LVVF, Ms Bridgette Mamugudubi, said that the dialogue came about as a result of the ever-increasing gender violence, with mostly women and children being the victims. "Through this dialogue, we are trying to promote community advocacy around gender-based violence in order to encourage all the stakeholders to discuss their concerns, exchange ideas and develop key messages that oppose violence against women and children and other vulnerable groups," she said.

In her presentation, Dr Josephine Mudau of the Institute for Gender and Youth Studies at Univen said women were the most vulnerable when it came to gender-based violence. She urged them not to keep quiet but to share their challenges with people close to them.

Dr Farisani, a veteran of the liberation struggle, said campaigns without God would be in vain, while Vho-Roderick Tshivhi praised the Litshani Vhana Foundation for assisting the vulnerable in the village. "This is a very good initiative. Women play a pivotal part in the family, taking care of the whole family, but are despised, abused and attacked for no apparent reason."

He promised that the royal council would sit and see if they could give the foundation a bigger site where they could operate.

Dr Josephine Mudau makes a presentation during the dialogue at Litshani Vhana.