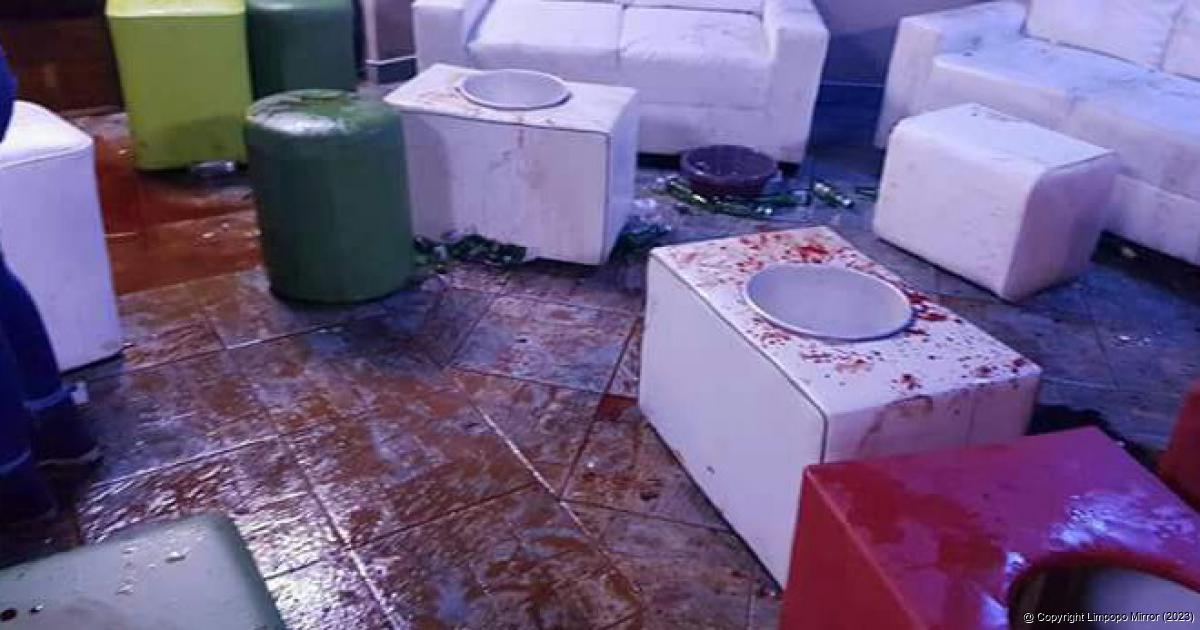 The Migeroni VIP section after blood was spilt. Photo: Facebook

The VIP section of the Migeroni pub near Thohoyandou resembled a slaughter house on Saturday night, after a fight broke out between two girls. The girls apparently stabbed each other with beer bottles.

The incident elicited a lot of response on social media, with many people asking why was the fight not stopped before someone was seriously injured. It was argued that the fight was witnessed by a number of men and security guards were supposed to maintain order.

“Men stood back, taking pictures as the two girls were stabbing each other with beer bottles. After the fight the place looked like a pig had been slaughtered in that VIP area,” said Facebook user Vusani Takalani. He said that, once outside, the girls looked as if they were bathing in a tub filled with blood. “When we tried to intervene, some stupid guys were beating us,” said Takalani.

The host, Thendo Zondo, reacted to the Facebook posts and gave an explanation as to what had really happened. He said that the fight may have been a result of a jealous rivalry between the two ladies. One of the ladies apparently left her jersey in the car of a certain man who accompanied them. When the other lady later started feeling cold, she apparently fetched the jersey. The fact that another lady was wearing her jersey seemingly did not go down so well with the first lady. It left the “other girl feeling angry and she started fighting,” Thendo commented on Facebook, stressing that the fight was not about him.

The Migeroni staff also explained that the fight broke out in a private room, not open to general members of the public. “Thendo, the host booked the VIP room as he preferred to celebrate at a private space. They were hosting a party and the VIP room was theirs for that time,” security. He said that the security and staff of Migeroni normally do not enter the VIP rooms, respecting the privacy of the guests. “The fight was only reported after a while,” he added.

At the time of going to press the police could still not confirm or deny that a case has been opened for further investigation. It is also not clear whether the two ladies had to be treated in hospital.

The 22-year-old Prudence Bopape from Ha-Masia village joined the Zoutnet newsroom as an intern on the 1st of February 2017. Prudence completed her Bachelor of Arts degree, specialising in communications, at the Northwest University. She is an avid reader and believes that a good reader makes an excellent writer. "I believe that determination is the is the key to excellence,” she says.