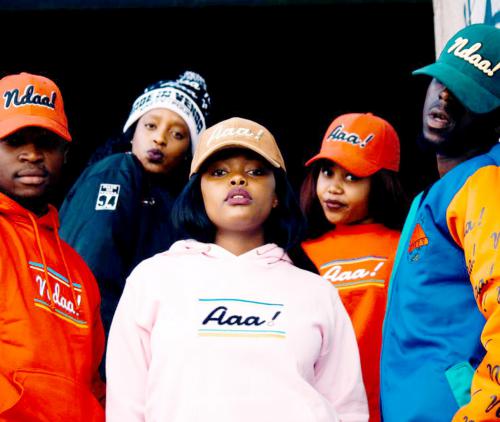 The Made in Venda 94 clothing brand has become part of the Venda youth culture. Picture supplied.

“Ndaa!” and “Aaa!” in style because it's made in Venda

When the 23-year-old Takalani Mathidi passed away in October last year, many believed that it will also be the end of the line for the clothing brand that he had created. The opposite, however, seems to be true and today his siblings are taking the business to new levels.

Takalani died when his youth-culture clothing brand just started to take off. The B Comm student (chartered accountancy stream) at the University of Venda came up with a fresh approach to branding and fashion, something that resonated well among young people.

Today, Takalani’s siblings, Tshilidzi (brother) and Mutshidzi (sister), and a friend of theirs, Maano Murei, are making the Made in Venda 94 (MIV94) brand one to be reckoned with in the country.

“Made in Venda 94 is a brand that was created in 2016 to empower youths in the Venda culture through creative arts. It also created business opportunities to fight against youth unemployment,” said Tshilidzi. “It was derived from the fact that our late brother, Takalani, and his friend were born in Venda in 1994.”

“Takalani had a relative understanding that the Vhavenda greeting is unique among the local cultures as its greeting is based on gender, and that instantly motivated him to start the clothing brands named ‘Ndaa!’ and ‘Aaa!’,” Tshilidzi said.

“We thank our parents for the financial support, which is enabling us to continue with the brand,” Mutshidzi said. “They are helping us in carrying out Takalani’s dream and ensuring that his legacy lives on.”

The current products on the market are branded caps, beanies, hoodies, sweaters, T-shirts, and jackets. “More products will be released based on seasons,” she said. “Our products are made by youths mostly in Vhembe. This is done through designing, labelling, embroidery and tailoring. This is one kind of innovative and passionate profession found in our district.”