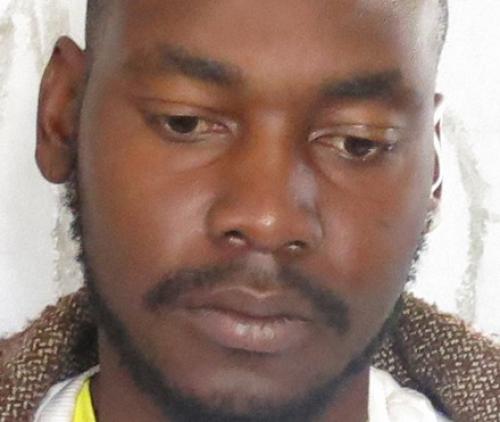 Tshimangadzo Tambani was sentenced to 20 years for the murder of his girlfriend, Ms Glenda Radzilani.

Tshimangadzo Tambani, the 26-year-old Madombidzha resident, was sentenced to 20 years imprisonment for brutally killing his girlfriend. He appeared in the Thohoyandou High Court on Thursday, 7 September.

Tambani appeared before Judge Frans Khomo and was found guilty of stabbing to death his girlfriend, Ms Glenda Radzilani, on 31 July 2017 at Madombidzha village. She was the mother of his four-year-old son.

The State had presented a victim impact report through social worker Jafter Nemalegeni, who testified how the incident had left the deceased’s son, sister and mother emotionally traumatised. The four-year-old minor had witnessed the gruesome murder.

During the trial, Tambani admitted to having killed Glenda. He stated that he went to the deceased’s house to fetch his son so that he could walk him to the crèche as usual. However, he and the deceased suddenly engaged in a heated argument in the presence of the deceased’s younger sister, aged 19.

“The accused stated that he became angry, took a knife and stabbed the deceased several times all over her body until she died,” said Mashudu Malabi-Dzhangi, the Limpopo regional spokesperson for the National Prosecution Authority.

A pre-sentence report was also submitted, and a lengthy prison term was recommended due to the gruesome and brutal nature of the murder.

The State called on Mrs Violet Gunduvheni on behalf of the family, who testified that the family members were going through a serious traumatic phase following the loss of their child. “The deceased’s family are still hurt and therefore they are not accepting the accused’s plea for forgiveness,” Gunduvheni stated.

“The State had addressed the court on aggravation, among others that the murder was gruesome, callous, and that it was committed in cold blood right in front of the four-year-old son and the deceased’s sister,” Malabi-Dzhangi said.

It was heard in court that Tambani had previous convictions of assaults and a long history of disregarding the law in that he had also violated an interim protection order by assaulting the deceased when he murdered her. “The accused has no genuine remorse for killing the deceased person, and he has no regard for the law which aims to protect the people of this country,” Judge Kgomo said.