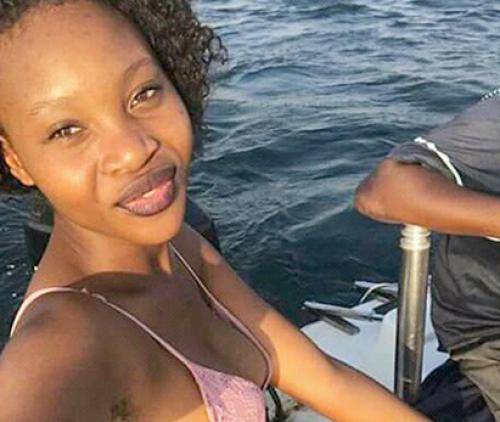 Yet another drowning at Nandoni

Built at a cost of nearly half a billion rand and completed in 2005, the Nandoni Dam was meant to address the water shortage in Limpopo, but it has become a death trap for residents.

Since it started operating, 37 people have perished in its deep waters while fishing or swimming. This has become a source for great concern, with residents blaming the authorities for not having security measures in place that the general public should adhere to.

Of late, the dam has become a very active economic hub, with many leisure resorts having emerged around it. This has also contributed to the increasing number of personal boats, which the owners could use at will.

Many have perished using small boats and canoes for fishing.

In one of the most shocking incidents, a 20-year-old woman drowned while relaxing with friends.

Ms Rolivhuwa Mbedzi, a student at Vhembe TVET College at Makwarela and hailing from Masia, drowned after falling from the boat they were using. The incident, which has shocked the residents, happened on Wednesday.

Her male companion, a well-known businessman, is said to have tried everything to save the woman, but in vain. He managed to swim to safety, while the other woman they were with was swept away by the water in a boat.

For five days, the woman's body was submerged in the deep waters of the dam. Since then, the police and the community have been searching around the spot where she drowned. Her body was only found on Sunday, many kilometres away from where she had drowned, after being spotted by fishermen, who alerted the police.

The father of the deceased, Mr Albert Matloga, said they were not at all impressed by the conduct of the police. "Police did not help us at all in searching for the body. They did not dive to look for the body, as they did not have equipment. They had to use donated boats from local businesspeople, and the worst part was when they left me at the river without telling us that they were knocking off,” he complained.

He said that he had remained at the river until 21:00, when he realised that they were not coming back. “We are greatly saddened as a family about the way she died and how the whole incident was handled," said Matloga. He further indicated that the family was more aggrieved that days were passing by without their even getting an explanation from the owner of the boat as to how the incident had happened.

Limpopo police spokesperson Brig Motlafela Mojapelo said that members of the Search and Rescue Team, assisted by community members, had been searching the area, using the boat together with the K9 unit since this tragic incident and that the body had resurfaced and floated above the water on Sunday.

He said the police would now conduct an inquest.

He expressed concern about the spate of drownings in the province, since10 people have drowned since the start of October. He issued a stern warning to all community members to exercise extreme caution when visiting dams or crossing rivers.

"Parents are urged to warn their children not to go swimming without supervision. Boating should be done in accordance within the prescribed regulations,” he added.

He urged residents to report drowning incidents at the nearest police station and to use the toll-free number 0860 01 01 11.

The body of Rolivhuwa Mbedzi, which was finally found on Sunday, is being taken to a mortuary van.

The father of the deceased woman, Mr Albert Matloga.