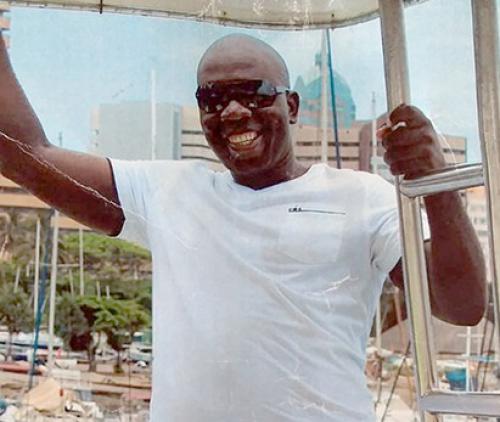 The police are requesting Silver Kapsene "Morwamokgotho" Mokgotho (pictured) to come to the Sekgosese police station to assist them with their investigations. Picture: SAPS.

The SAPS in Sekgosese are hot on the heels of a murder suspect, following an incident where a woman was shot and killed at Ga-Mamaila village near Tiyani.

The suspect, who was later identified as her boyfriend, had allegedly attacked and shot a 34-year-old woman, Ms Maropeni Mutau, and then fled the scene. The incident happened on 27 November.

The police were summoned and reacted swiftly. They started with investigations and a massive manhunt was launched. The preliminary investigations later revealed that the suspect resides at Ha-Thoka mine in Selepe and also at Lebowakgomo.

“The motive behind the incident is still unknown at this stage, but domestic violence may not be ruled out,” said the provincial police's spokesperson, Col Moatshe Ngoepe.

The police are therefore requesting Silver Kapsene Mokgotho, who is also known as “Morwamokgotho”, to come to the Sekgosese police station or to go to the nearest police station, to assist with investigations in this matter.

Meanwhile, anyone with information that can assist the police to arrest the suspect involved in this matter can contact Capt Ntlemo at 082 468 8684 or the nearest police station or the Crime Stop number 08600 10111 or the crime line SMS 32211.