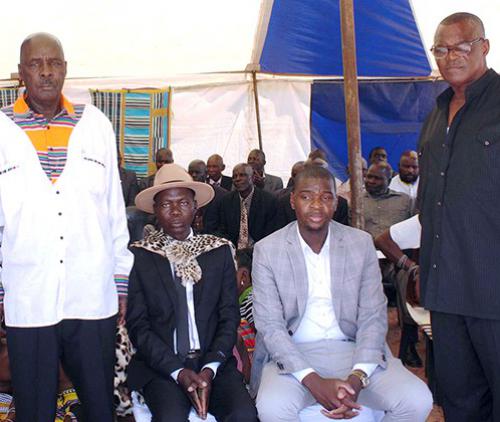 The event took place at the Gumela sports ground. Thovhele Rambuda urged the new chief to help in developing his village, which is situated near the Nwanedi Resort.

Rambuda told the new chief that he must respect and treat his people with dignity. “From today onwards, you will be my eye to look to the communities in Gumela and you must report to me as part of a good working relationship,” added Rambuda.

Representing the traditional leaders of Ha-Rambuda, Chief Pharamela Lambani said he welcomed the new chief in the Ha-Rambuda Tribal Council and urged him to attend the imbizo that is normally held in the Thovhele kraal in Dzimauli village regularly.

“We wish you the best in your tenure as the traditional leader of the Gumela village. We urge you to be at the forefront in developing your village during community initiative projects, such the delivery of clean water and roads, so that Gumela will be part of the developing village,” said Lambani.