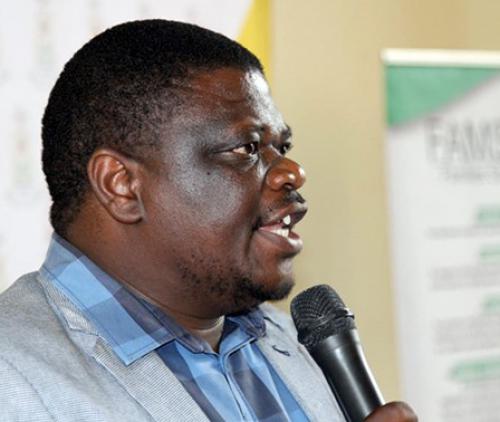 Successful dialogue on violence against women and children

Thulamela Local Municipality has been hailed for staging a successful dialogue for “16 days of activism for no violence against women and children.”

The dialogue, which was held on Monday, the last day of the campaign, was organized by the municipality, together with Families South Africa Vhembe.

Thuthuzela Care Centre, which is a counselling arm of the NPA, youths, women and men participated in the dialogue, which was meant to establish the cause of family violence and finding solutions to the challenges.

The main topic was Causes and consequences of boy child living in the absence of fathers; causes of Gender Based Violence against women and children, and cases of abandoned children.

During deliberations led by Mr Maanda Munwana of Families South Africa Vhembe, participants did not mince their words when they make their opinions known on the topics. Mpho Phaiphau said many men were not mature and irresponsible. Another woman, who only identified herself as Aluwani, said many men stopped supporting their children immediately after separating from their mothers.

Alice Makhado said that “men abandon us and children once they find another woman. They will never support you and the child, but they are not ashamed to come back and claim their children when they are prospering with good careers.”

Solomon Ravhuanzwo said some men were being abused emotionally and physically by their wives. He said many of them where not opening up emotionally because it is “against Venda tradition for men to cry.” Ravhuanzwo also lashed out at women who sell their bodies. “It is true that many women who sell their bodies are young, but those young girls will become mothers one day. What type of wives do you think they will be and who do they expect to marry them?”

Pastor Nevhutalu said both men and women neglected their children. Nevhutalu said some women misused the money sent by their husbands to support the children by playing card games and gambling.

Eric Matidze said most violence in families were caused couples who got into marriage when they were not ready. “Some said most of the children, especially boys, turned to a criminal life because of a lack of love and care in their families.”

Orifha Nemukongwe, who spoke on behalf of children, said “alcohol abuse has a negative impact on us as children.” She added that it was difficult for children to want mothers who were being abused emotionally and physically by an alcoholic father.

Mudodzwa Ndou, who also spoke on behalf of children, added that “mothers put us under tremendous pressure by telling us their problems that we cannot solve. Sometimes our mothers try to make us take sides against our fathers, which is not fair. It is better for mothers to let us live normal lives of children and stop pushing us to take sides on things that we do not understand,” said Ndou.

Cllr Joyce Davhana said she was happy that the dialogue had managed to bring people together, so that they could find solutions to the challenges facing women and children. Ms Rendani Tshikungulu, from the Premier’s office, said she was impressed by Thulamela programme, which she described as “the best ever.” She suggested that the budget must be increased to make sure that similar events could take place every year.