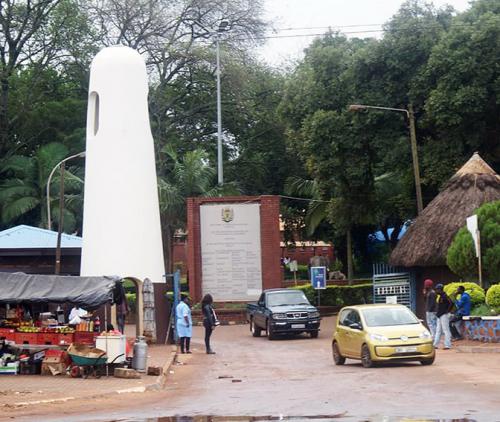 Tshilidzini Hospital where services are at an all time low. The hospital does not even have water.

Has Tshilidzini gone to the dogs?

In recent months, services at Tshilidzini Hospital at Tshisahulu outside Thohoyandou have been reported to be at an all-time low. This prompted the Department of Health in Limpopo to recall the whole management team and replace it with a new one in a bid to revive the hospital.

Despite the presence of the new management team, service delivery at the hospital still leaves much to be desired. One of the most crucial needs is water, the shortage of which has been the talk of the hospital for a long time among patients and staff, who feel it has affected the running of the hospital negatively.

The hospital is one of the biggest and oldest in Limpopo and used to provide the best services years ago, but according to patients, it has become a shadow of itself, with families of patients dissatisfied with the service given to their relatives while in the care of the hospital.

One of the residents whose relative received poor service at the hospital is Mr Samson Ndouvhada (not his real name). He said his grandmother was admitted at the hospital a fortnight ago and the family had to supply her with everything, from food and water to other needs as the hospital could not do that. "We are very disappointed. Our health system has gone to the dogs and this goes to show how our elected people to offices of authority mistreat and undermine our people. We are not talking about politics here, but about people who are being taken for a ride and we cannot keep quiet while our people are suffering,” he said.

According to him, no water was available in this hospital for four consecutive days, electricity was being interrupted continuously, no food was provided, and patients were not taking any showers or baths. “Patients are also not changing their clothes, their beds have not been made, while at the same time the patients are sleeping in darkness, which becomes a security risk,” he said

According to him, the family members must bring food, new clothes, water and a fan to make their grandmother more comfortable.

He further said the knowledge that people were being paid lots of money every month out of the people's taxes to do their job and residents must still beg for basic services at public hospitals such as Tshilidzini was very bad.

He called on those in higher government offices to intervene and see to it that services that people deserved were rendered.

A reliable and very close source at the hospital confirmed the hospital is in a crisis, with many departments dysfunctional. The person also confirmed the critical shortage of water that is affecting the whole hospital. “The water here is on and off and this is affecting patients adversely. We are not a water authority and have to wait for service from this municipality, which is bankrupt,” said the source.

Meanwhile, patients have been waiting for a long time for operations to be performed on them, but these cannot be done as surgeons are short supply, and machines at the hospital are malfunctioning.

* After several calls and WhatsApp messages to the Limpopo health department's spokesperson, Mr Neil Shikwambana, he promised to comment on the issue. He had, however, not done so at the time of our going to press.