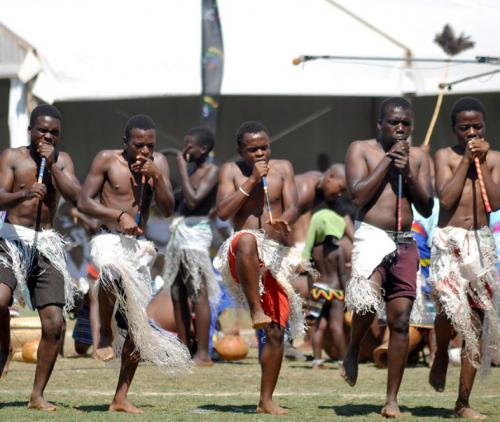 Pres Cyril Ramaphosa’s inauguration on Saturday at the Loftus Stadium in Pretoria is destined to be a colourful, stylish and cultural occasion and will feature local tshikona dancing, which will be performed immediately after his maiden speech.

It will be a very proud moment for the Vhavenda nation when the dance will be performed for the very first time during the inauguration of a president of South Africa.

The featuring of tshikona dance during this inauguration lends credence to the programmes of Radzambo Cultural Foundation and Phalaphala FM, which promote nation building through the promotion and preservation local cultures and traditions, including traditional dancing.

Chief Livhuwani Matsila, who is the leader of Radzambo Cultural Foundation, has been instrumental in facilitating arrangements to ensure that the tshikona group from Tshilungwi will travel to and from Pretoria without hassles.  “I am very happy and satisfied that the tshikona group is more than ready to showcase their talent and our culture during the inauguration of Pres Ramaphosa. This is a superb achievement by our programmes on the promotion and preservation of cultures. We will cherish this occasion as a significant milestone and a permanent part of our history as the Venda nation,” said Chief Matsila after he observed the rehearsals of tshikona from Tshilungwi last Sunday.

A large contingent of Venda maidens from the Nyavhumbwa wadakaila cultural group and various traditional leaders are also expected to accompany the tshikona group and join anticipated the celebrations.